ToquiNotes: In a City and County Featuring a Bunch of Quality Families, Here's a Salute to the Haywood's

By Jeff Toquinto on September 19, 2020 from ToquiNotes

The beauty of having a blog is you can write about anything. In the personal blog – the ToquiNotes one you are looking at now – it can run the gamut of just about anything. Sometimes what is written here is lighthearted, sometimes it is serious.
There are times there are trips down memory lane. There are wanderings into the absurd. For the most part, I try to find something each week that will pique your interest.
This week’s blog is kind of a first. It is the result of a conversation a few weeks ago with a friend that, oddly enough, talked about texts we 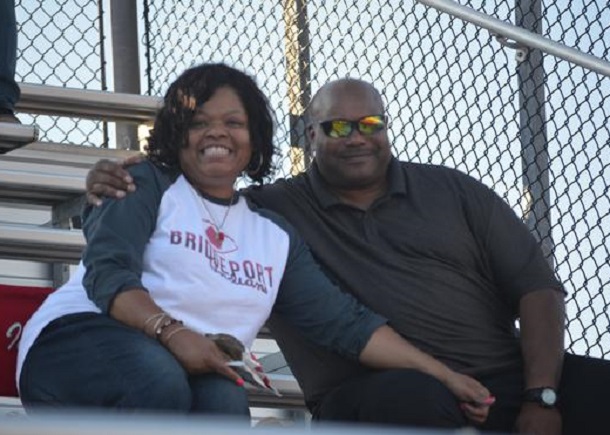 received. Somehow, the conversation involved both of us mentioning getting a text on every major holiday or event for years from the same person.
The texts are sincere. And, usually, they are the first text to wish me Merry Christmas on Christmas morning. The first to wish me a Happy Thanksgiving, Easter or even Father’s Day.
My friend showed me his phone. The same thing. Collectively, we decided the individual in question and his family rank as arguably the nicest family not just in Bridgeport, but just about anywhere.
Ladies and gentlemen, for the first time in this blog, I give you one of my choices as top local family. I may do this again in a few weeks, a few months, next year, or perhaps never again. But I really wanted to talk about a family that I think will bring a smile to your face.
I present to you the Haywood family.
It is Keith Haywood who sends me the texts. I imagine he got my cell number when one of his children signed to compete collegiately or in some other manner since it is not that hard to locate someone that has it. Regardless, I know when I wake up Christmas day and there is a text waiting for me, chances are good it is from Keith Haywood.
The texts NEVER fail to make me smile. The texts never fail to make me think, even after dealing with endless pettiness on our social media pages that suck the life out of you, that getting to know people like Keith and Marsha Haywood and their family is a fringe benefit 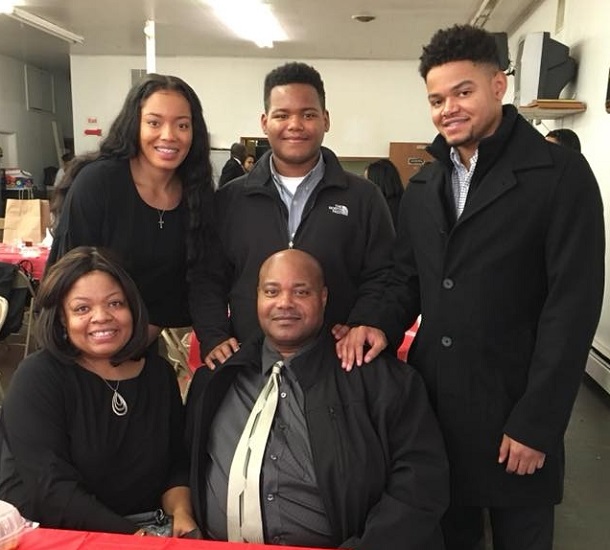 worth keeping.
I am certain I met the Haywood’s at sporting events. Two of their children were not just good, they were spectacularly good. Daughter Kayla was a state champion track and field athlete for Bridgeport High School. Oldest son Jordan helped lead the Indians to the boys’ state basketball tournament. And youngest son Jaden is currently a junior who is a member of the basketball program.
The kids are all spectacular athletes. Kayla Haywood ended up being a Division I track athlete at Marshall. Jordan played college basketball at Alderson-Broaddus. Jaden will be looking to play hoops for Coach Dave Marshall this year.
I am certain Keith and Marsha are proud of their athletic achievements. I am more certain they are proud of who their children are. While Jaden is finishing school, Kayla currently works out of state and Jordan is working in Morgantown at West Virginia University.
That alone would make most parents proud. The real thing, however, is who those three kids are as individuals.
You may find some equals, but it would be hard to surpass three young adults who are as courteous, respectful, and downright nice than those three. They are “Yes sir, no sir” kids in a world that too often lacks respect for elders, authority, or anything for that matter.
They get it honestly. They get it from their parents in a clear case of the apple not falling too far from the tree in the best way possible.
I just wanted to give a shout out to one of my favorite families. I have others, too. It is just that Keith Haywood came up with a friend and the comparative talk was worth noting. We came to the same conclusion: Nicest man, nicest family out there.
They have done themselves proud. At the same time, they have done their community proud, too, by simply being kind to others.
I am not going to text Keith about this, which is how I generally communicate with him. I will just let him read it here and soak in what he knows already in his heart – he is a big part of a pretty awesome family.
Editor's Note: Top photo shows Keith and Marshal Haywood at a Bridgeport High School football game in 2019, while they are shown below with their three children .Standing, from left, are Kayla, Jaden, and Jordan Haywood.