ToquiNotes: It's the Same Spectacular Light Up Night, but it Can't be the Same without Melinda Lindsey

By Jeff Toquinto on November 30, 2019 from ToquiNotes

She had been to every single Light Up Night since its inception 15 years ago. In fact, she had been arguably the most integral part of the event that draws thousands to the streets of Bridgeport every year.
Because of her the event will be the same spectacular event it is every year. Yet, because of her absence, year 15 of Light Up Night in Bridgeport simply won’t be the same.
The person in question to which I refer is Melinda Lindsey. And for those that know her know very well she passed away this year; on March 6 at the age of 62. Her loss to her family is still being felt and the loss is still being felt on the community. 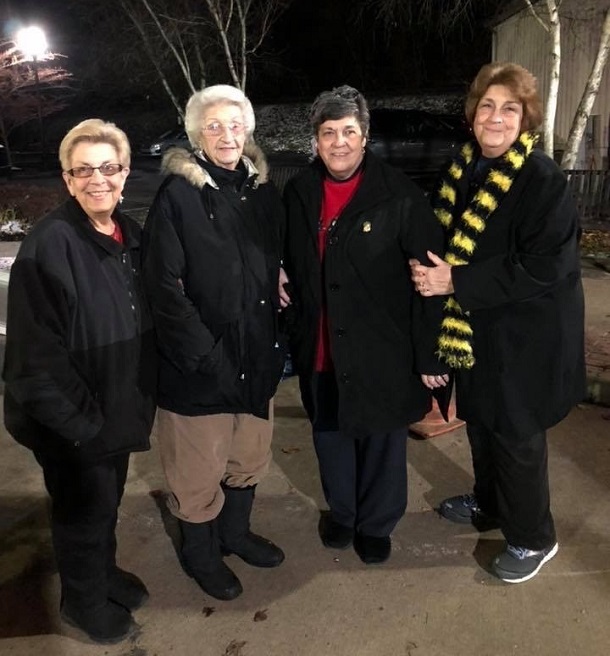 Melinda Lindsey was as involved as anyone with loving the City of Bridgeport. Few places did it manifest itself as clearly as Light Up Night. And it was Lindsey who along with a few others helps come up with the event that is clearly a signature event for Bridgeport, the Associated Businesses of Bridgeport organization that created and runs it and beyond
“We met at the airport restaurant, just a small group, to find an event the community could identify with,” said Brad Ford, the President of the ABB. “We started talking and got into small groups to see what we could come up with.”
Ford and Gabe Fiest threw out the idea. Everyone was excited and, after that, a large group met. The group included city officials and others needed to make it happen. And, of course, right in the middle was Melinda Lindsey. 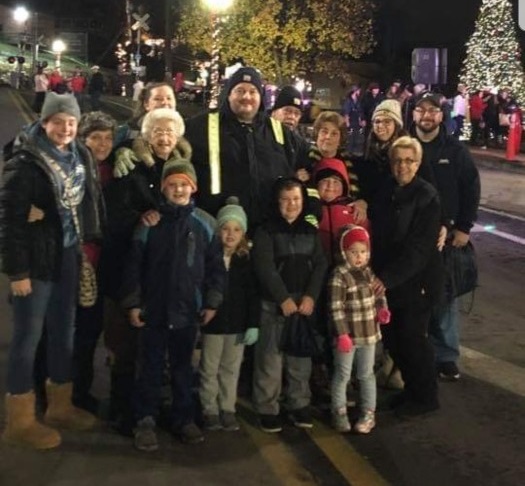 “Melinda was instrumental in determining that we needed to make it special for the children,” said Ford. “I think it’s safe to say that she met that goal and the goal of it creating memories for them, for families and for the event to be spiritual.”
Ford says he remembers the first Light Up Night. Lindsey was there to make sure that the children’s choirs from the various schools would be able to meet safely and get back to their parents. She wanted the kids to also see Santa and Mrs. Claus coming down the sidewalk.
“Granted, you couldn’t clear that path today, but it worked that year and Melinda was so happy,” said Ford. “On top of everything else it snowed.  I think that was a good sign that we were doing the right thing, and Melinda has been there every step of the way.”
Ford emphasized the choir and getting those kids involved was just the start of her involvement. She handled things like the first responders’ dinner, the organized the printing, she handled the public relations and the choir and many issues that needed addressed that many never knew she took care.
“We knew that filling her shoes was going to be a challenge. You’re trying to replace some who you couldn’t replace,” said Ford. “At the same time, we had to continue if for no other reason it was a way to carry on something Melinda was so passionate about.” 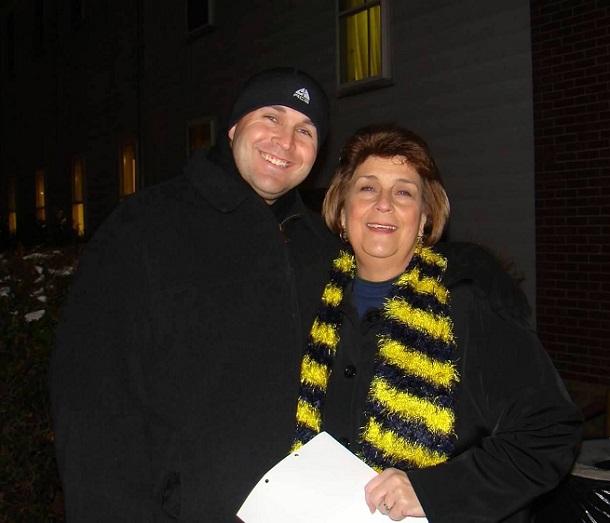 There was one thing, however, Ford said rings in his ears about Melinda Lindsey as the ABB is chugging full steam ahead. It’s something he knows is going to happen.
“She told me last year that she had never been on the porch (of the Benedum Civic Center) when they flip the switch to turn on the lights because she was always doing something,” said Ford. “She said she wanted to do that this year.
This year, so much of Melinda Lindsey’s legacy will be on that porch. As opposed to any secret individual flipping the switch, Ford wants the community to know that the Lindsey family will be up front getting the view of the massive downtown crowd that can only be witnessed from the second floor of the Civic Center by flipping the switch to light the tree.
“We’ll be saluting her, and she will, as a Christian, have that front row seat. She’s blessed to be with our Lord and Savior, and she’ll have that view she wanted,” said Ford. “It’s her reward as a Christian and the evening is our reward for her being good to the community until the end.”
Editor's Note: All three photos show Melinda Lindsey at recent Light Up Nights and all three show her with the people who were the closest to her - her family. Photos courtesy of Chris Lindsey.