By Jeff Toquinto on September 26, 2020 from ToquiNotes

A few weeks ago, a story ran on Connect-Bridgeport about the Associated Business of Bridgeport and some of their annual events. None of those events are bigger to the City of Bridgeport than the annual Light Up night.
Since that story ran multiple times after City Manager Randy Wetmore stated that “as of now,” trick or treat activities would be on for Bridgeport more than a month away, multiple individuals have inquired for more detail about Light Up Night. Most of the inquiries dealt 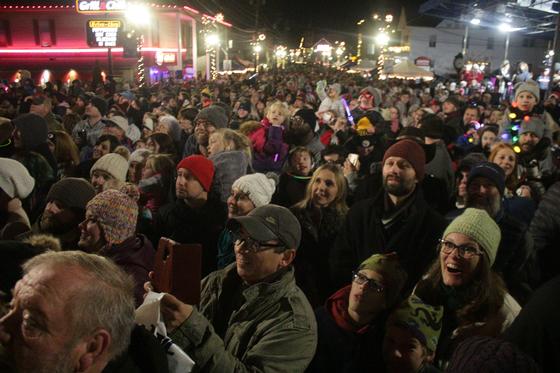 with how the ABB will hold an event that has come to mean so much to the city and its residents.
For starters, those involved know the situation is fluid. So fluid, in fact, that ABB President Doug Marquette knows even when they come up with what they hope is the basis for starting a plan at the end of this month that it could change numerous times due to COVID-19.
Still, that has not stopped Marquette and the group of folks who work so diligently to promote the city in the form of the ABB from trying to make sure the event, in some capacity, will happen.

“We met earlier this month and began discussion on what to do because this event is near and dear to our hearts,” said Marquette. “Nothing is planned, but I feel confident in saying it is the (ABB’s board of directors’) fervent wish to find a way, some way, to deliver an 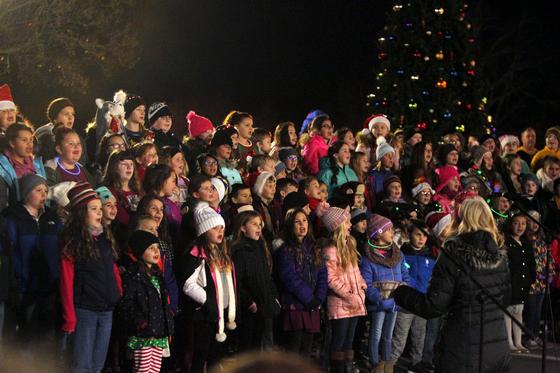 experience that at worst resembles Light Up Night in the backdrop of dealing with COVID.”
I need to be clear about one thing if today was Dec. 3, which is the scheduled date for the event, Light Up Night as it has been held in the past would not happen. And not because organizers would not want to.
One of the charming things about Light Up Night is that despite cramming a few thousand people together on Main Street, the intimacy is welcome and part of the fun. Cramming a few thousand people together during a pandemic is the type of intimacy that could be dangerous. And regardless of how people feel about COVID-19, if today was Dec. 3 it also would not be legal to have a gathering of that size.
Marquette, his board, and the whole of the ABB knows that.
“We couldn’t even do a regular Light Up Night even if we wanted to as it stands now. A big crowd of 2,000 or more people standing shoulder to shoulder would not be allowed,” he said.
So where does that leave Light Up Night barring a miracle vaccine or treatment in the next several weeks? The event, and the ABB, will have more information Sept. 30. Why that date? 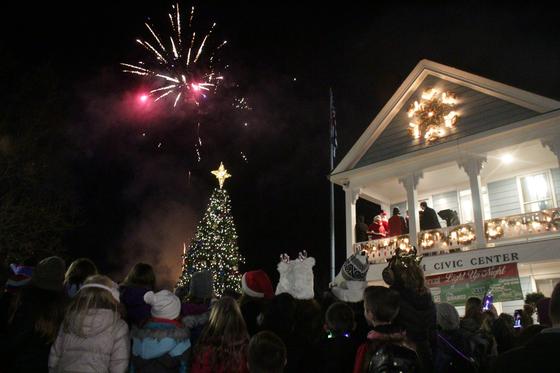 “We have a meeting scheduled with city representatives and representatives from Parks and Recreation to talk about ideas of what they could support,” said Marquette. “After meeting this is going to at least point us in a starting direction of how we’re going to do Light Up Night. I know going in, based on our last meeting, our board wants to do a Light Up Night in a way that can be experienced.
“Unless we’re told otherwise or legally can’t do it, we’re not going to do nothing,” he continued. “That is not one of our options.”
He said advise from the City and Parks and Recreation will be paramount. While the ABB does the legwork, it is the city’s forces that provide the infrastructure that makes it go. It will also be the city needing to sign off on anything to allow it to happen in whatever manner it ends up happening.
“To give you an idea of the parameters we’re dealing with, think of college football. They’re making decisions daily about upcoming games. That is what we face as a group,” said Marquette. “We have to work within parameters constantly changing. We understand that we’re projecting a future event where changes occur on a day-to-day basis that can impact the event.”
Marquette said it is possible an online, or streaming event could be part of the format. He said, personally, he would love to involve the Bridgeport High School Jazz Band and the children’s choirs that perform. 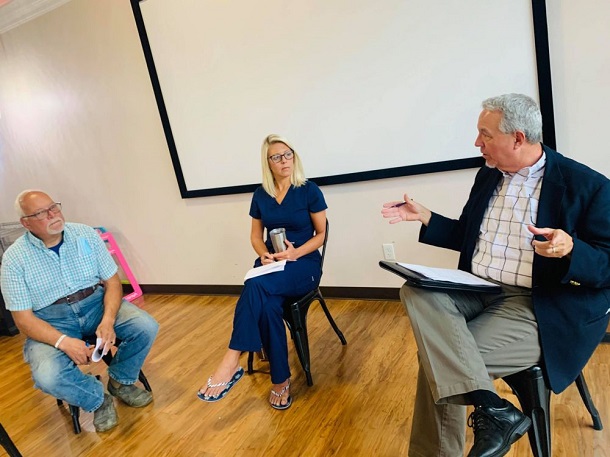 “Maybe we could set up a stage and have them socially distanced in an acceptable way,” said Marquette. “We want to see what can be done because events such as those, where families come out to see their children, really make it special.”
For good measure, Marquette wants to see something else. And it is something everyone attending looks forward to every year.
“Along with the jazz band and the kids, I somehow would still like to see the fireworks,” said Marquette. “Do you allow people to sit in their cars? Do you stream that only? You may not have the community feel by streaming it, but you can still gather with the family to enjoy it. We just know, at this point, we aren’t going to be allowed to have a few thousand people crammed into two or three city blocks.
“That, in a nutshell, is where we are at,” he continued. “We need some flavor in our lives, and I truly believe this event is important. You don’t want to completely give up in life what makes life special, and this event does that. We already have a commitment from the board to do something. Now we have to figure out how.”
This is a good group I have faith in. It is a group you should faith in as well. And instead of criticizing them for trying to find a way to do something as opposed to yelling they should just do it even though it is almost a certainty they legally could not, give them support. If you are unable to do that, perhaps get off the COVID complaint train.
People like Doug Marquette and his board that are donating their time need your encouragement. Not your criticism. Besides, doing it different this year is deeply personal to Marquette.
“I was going to have my grandkids with me for the first time. I was going to be able to have both up on the stage to get an amazing view,” said Marquette of one of the perks beyond hard work for the event. “That’s not going to happen because, well, COVID stinks.”
Editor's Note: Top three photos, all by Ben Queen Photography, show how crowded Light Up Night is for several city blocks in the first picture, while the second photo shows a children's choir performing. In the third photo, the always popular fireworks light up the skyline above the Benedum Civic Center. Bottom photo, by Julie Perine, shows ABB president Doug Marquette, right, with Board members Mark Bonamico and Dr. Jaclyn Rominger at their most recent meeting.