ToquiNotes: My Proof of the Power of Prayer and the Conduit Facilitating it in Bridgeport's Lora Rohrbough

By Jeff Toquinto on April 20, 2019 from ToquiNotes

I try, as best I can, not to delve into religion or faith in my blog. Not because I’m not a Christian. I am. I’m just not a very good one.
I preface this blog with that statement because I definitely don’t want anyone to feel I’m preaching to them. I’ve said it a few other times that me forcing my religious values here or in person would be inappropriate because I live in a neighborhood quite a good distance from the foot of the cross.
With that formality out of the way, I thought on this Easter weekend a story of the most important time I’m convinced a prayer was answered and answered immediately would be appropriate as well as talking about the beautiful soul you may know who served as the prayer’s facilitator. While some may choose to consider my story coincidence it’s fine with me. I choose to believe otherwise.
It all started back in the late 2000s and it was shortly after my wife Valerie had been diagnosed with breast cancer. For anyone who has been part of the emotional ride that comes with that news, you understand fully the turmoil my wife and all of us felt as a result of the situation.
The situation, as I’ve spelled out before in this blog, has been remedied. Valerie is now on double digit years without cancer and has 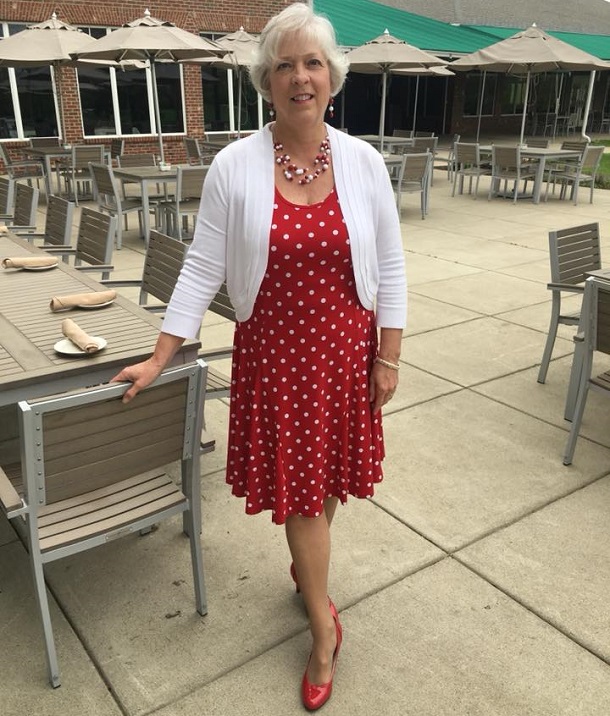 officially been declared this past year “cancer free” by her oncologist at Ruby Memorial. It was some of the best news we’ve shared on the situation since learning her cancer had not spread after her initial surgery and the good news that followed in her subsequent tests and treatments.
Yet, I think back often to those early days. I still think back to one moment after her diagnosis and being prodded by my wife’s sister Lisa to consider seeing an oncologist in Morgantown for treatment after our friend Dr. Jeff Madden did the initial surgery and treated us so very well at United Hospital Center. The oncologist’s name in Morgantown was Dr. Jame Abraham, and my sister-in-law was completely adamant we had to consider him.
We did. We set up an appointment at Ruby Memorial Hospital and the Mary Babb Randolph Cancer Center to see what stirred her emotions so strongly.
It was easy to see immediately. Dr. Abraham was everything we wanted; he seemed caring and knowledgeable as described. He was, as it turned out, everything we needed. Yet at the time, there were big questions in our minds since we were new to this.
The biggest concern was having chemotherapy treatments in Morgantown and then heading back home. What about the aftermath? What about potential problems? Was it too far if she became ill? Were there risks?
We didn’t think of those questions until after we came home, and it put a hitch in what my wife’s decision would be. At the time, she told me to let her know what I thought, and I told her I would before the night was over.
Actually, I had no idea. I told her I was going to go lay down in bed and watch television for a while. Then, I did something I don’t do often and certainly don’t do often enough. I prayed. I prayed hard. I prayed for some sign, some guidance, some direction – anything – to help my wife decide. 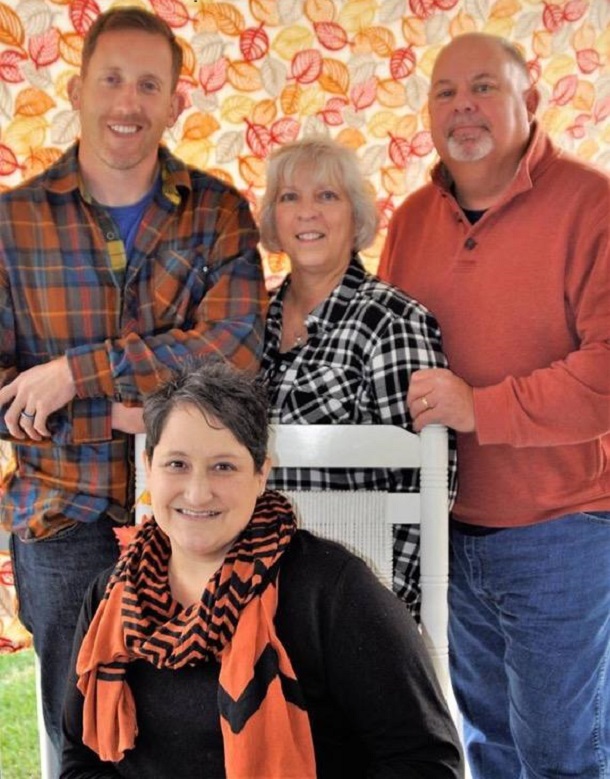 I was praying so hard I was completely zoned out of everything when the phone rang. I checked the caller ID and didn’t recognize the number right off the bat and answered. The voice on the other line asked for me and I told the person they had me. What I didn’t know was my prayer was being answered as soon as I answered the phone.
As soon as I told the person “speaking” in reference to asking for me, the person on the other end said, “Jeff, this is Lora Rohrbough.”
I wasn’t completely surprised. After all, I had written about Lora’s son C.R. many times and had known her for several years. Although I had never had a phone conversation with her, I assumed her call was about C.R., so my mind shifted.
In short order, however, it shifted back.
Lora Rohrbough apologized for calling me. Then she said after talking with her husband Mark and praying about it, she said she knew she had to call me and felt compelled to call me at that very moment.
She said she had recently been in a church prayer group. My wife’s name came up and Lora, being the person she is, needed to know why. She found out the reason was breast cancer, and considering her own daughter stared down cancer she felt the need to call.
The call, though, wasn’t just for support or to answer questions, which she offered and did in spades. Rather, she called to check to see if 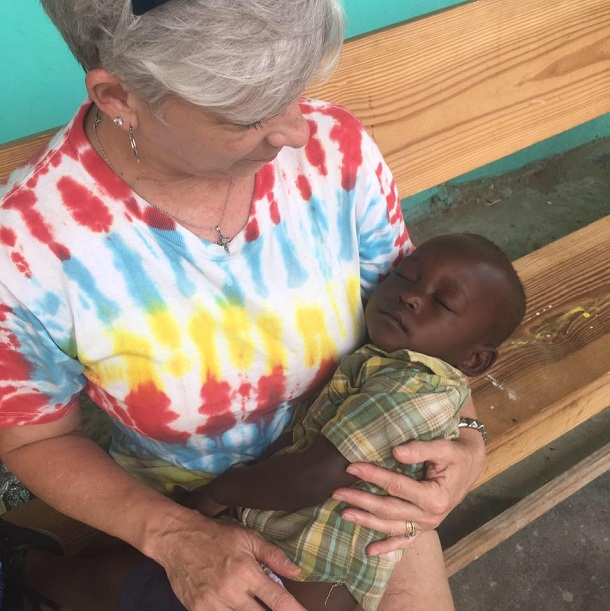 we had chosen an oncologist yet. I told her we were hoping to make a decision in 24 hours. Then Lora said what I so desperately needed to hear to me after briefly explaining her own family’s situation.
“You need to go to see a doctor named Jame Abraham in Morgantown,” as direct and as matter of fact as she could be.
Immediately, there was a complete sense of relief. Not only was I hearing this from someone who had already been where we were about to go, but Lora Rohrbough is a Christian who walks the walk (just returing from Haiti this week after doing mission work) and she had felt compelled to call at that very moment. If God wasn’t answering my prayer, I was certain He was directing Lora Rohrbough to call me when she prayed about calling me.
We talked for about 20 minutes. She explained things so clearly that I again zoned out and could only hear her voice. I can still hear her words to this day in my mind. It was the sign I prayed for and the delivery came quickly, and it came clearly.
My wife and I talked shortly thereafter. She had kind of already made up her mind. Lora’s phone call and my thoughts reinforced it.
Seeing Dr. Jame Abraham (today at the Cleveland Clinic) was the best decision I’ve ever been involved with on a medical front involving myself or anyone I know. He was the diminutive doctor with the grace and compassion no one could ever hope to surpass. He was perfect for us in an imperfect time.
As I’ve said before, I am certain God guided us to him. Maybe not just because I was praying, but because others were as well. It absolutely could be coincidence, I just chose to believe there is no coincidence here.
I recently told Lora about this. She recalled it as well. In fact, she recalled it exactly as I do.
Prayers are answered. My situation proves it to me. I was just glad a person like Lora Rohrbough, who leads life the way all Christians – rather all people – should lead their life, served as the conduit.
Happy Easter to one and all.
Editor's Note: All photos were taken from Lora Rohrbough's Facebook page with the top photo showing her in 2018, while she's shown with husband Mark, son C.R., and daughter Angie Tangari Fowler in the middle photo. In the bottom picture, she's shown providing some love on one of her many trips to Haiti.