By Jeff Toquinto on September 05, 2020 from ToquiNotes

Life prior to the pandemic was what most would describe as normal for 12-year-old Madison Andrews. She was a seventh-grade student at Bridgeport Middle School and setting up nicely for her final year that would have started next week.
Unlike most of her classmates and so many others, this young lady’s life turned upside down before COVID-19 became a problem for 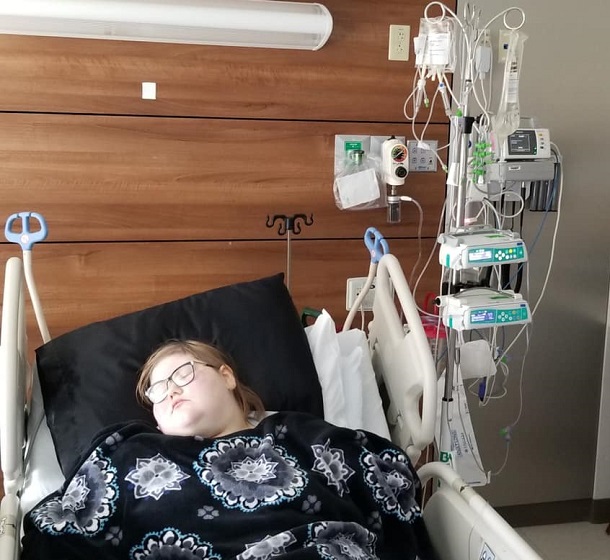 most by the middle of March. By the middle of February, things for Madison changed in a way neither she nor her family could have ever imagined.
“She was having a lot of leg pain in her joints, and she came down with such a high fever,” said Madison’s mother Vicki Andrews. “We took her to her primary doctor who thought was the flu and to let it run its course.”
Following that guidance, the Andrews headed home on a Thursday. By the weekend, things had gotten to the point where an emergency room visit was necessary.
“By Sunday, she couldn’t walk. We took her to (United Hospital Center) and did a CAT Scan. They were pretty sure after the tests that were ran that Madison had some sort of cancer.”
In short order, the Andrews family had their little girl at WVU Medicine Children’s Hospital in Morgantown. The diagnosis they would be dealing with was not what any parent wants to heart. 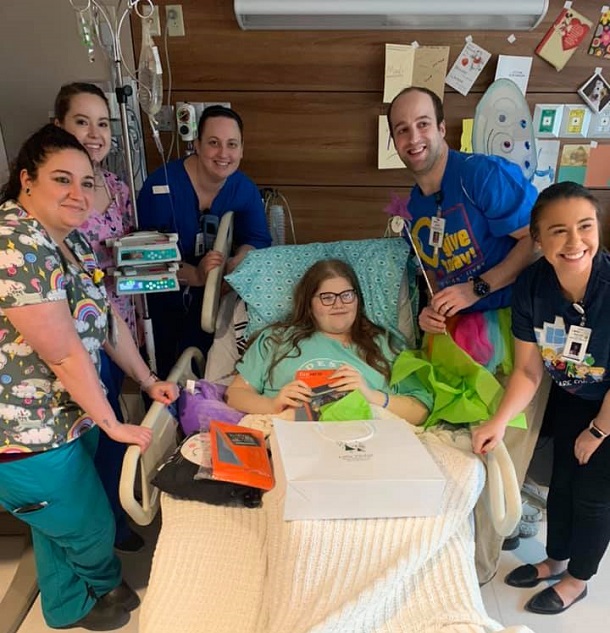 On February 17, Madison Andrews was diagnosed with acute lymphoblastic Leukemia. It is a type of cancer of the blood and bone marrow. It affects white blood cells and is the most common childhood cancer due to a bone marrow cell developing errors in its DNA.
Since that day, the battle has begun to bring Madison Andrews back to good health. And to eventually, COVID-19 notwithstanding, back into the school system sometime next year.
“We’re really optimistic because we have an awesome team of doctors and nurses here,” said Vicki. “The staff is so helpful and supportive.”
They staff has done that in, by anyone’s standards, a situation that is hard on Madison physically and emotionally, but hard on the family as well. For those who have faced cancer or know someone that has, one of the worst parts is if you need to go through chemotherapy.
“We have had to do chemotherapy. It’s really intensive chemotherapy that Madison has had some pretty bad reactions to,” said Vicki. 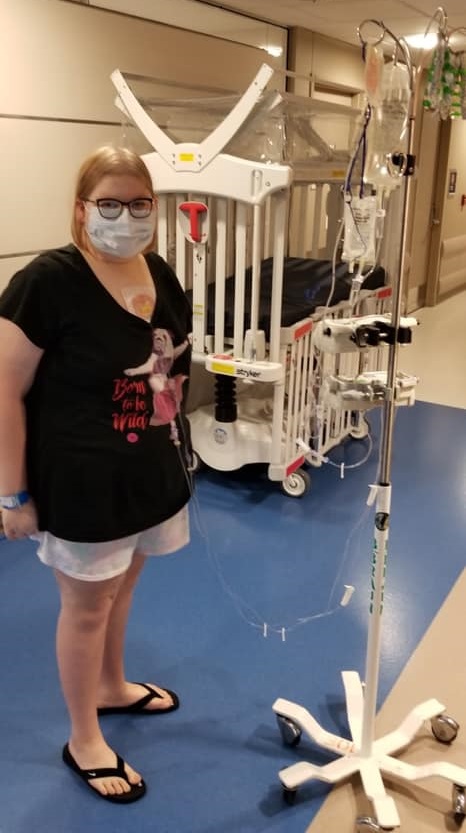 “One of the medicines in the chemotherapy that she has to have to make her prognosis better she is allergic to.”
The reaction occurred during the first treatment. Madison is on the third of four treatments, all of which last 15 hours. Because of that, the allergic reaction required immediate attention and doctors initially thought they knew exactly what do to.
“They have a shot for kids that are allergic to the chemo, but because of COVID, they can’t get it here or find it here or even find a way to get here due to the supply lines,” said Vicki. “That led them to another path that’s worked.”
To make sure Madison Andrews is safe when undergoing the more than half-a-day sessions of chemotherapy, the BMS student is admitted to WVU Medicine Children’s PICU. And then they do something else.
“An immunologist sits with her for the 15 hours,” said Vicki. “The immunologist allows the process to be as safe as possible and limit any reaction.”
Right now, Madison has been dealing with WVU Medicine Children’s, but not for chemotherapy. Instead, she recently went into septic shock as the result of bacterial infection. Madison’s blood and skin had the infection in it, which led to some trying ties.
“Even though her spirits are usually up, she was down a bit last week because it was rough,” said Vicki. “We’ve finally turned the corner and we’re doing great right now.”
The Andrews, including her father William “Bill” Andrews, and older brothers Zach and Steven Andrews, hope Madison will be a regular at home, which is usually the case. And they are expecting that once this final treatment is over.
“The chemo is really rough on her; there are just so many side effects,” said her mother. “If there’s one thing I would wish for her beyond being totally healthy again is for prayers that she can get through this last chemo treatment safely and without bad reactions. She’s ready for a break and we believe prayer ca help. We’ve already seen what prayer can do.”
The Andrews believe prayers have already bee answered. They said Madison is in remission because of the intensive chemotherapy that will be followed by maintenance chemotherapy that can be done at home.
This year, if all goes as planned, Madison will be schooled through the homebound program in Harrison County. It will be handled via Facetime to avoid any contact to her weakened immune system, Vicki said.
“I think she is disappointed no one is going to have a regular year this year and with or without COVID restrictions in place, the earliest she can return to in-class setting would be the middle of her eighth grade year,” said Vicki. “We have to wait for her immune system to rebound. We have faith everyone here and everyone at home will help us get to where we need to be.” 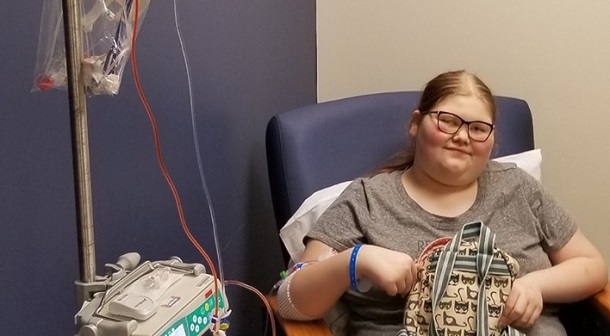 Vicki Andrews emphasized just how great everyone has been to her. She sang the praises of the BMS community and the Bridgeport and surrounding communities as well for stepping up.
“Before everything shutdown, all of the students made Madison cards with encouragement and we hung them all over her hospital room during her initial time,” said Vicki. “The school also did fundraisers and sent us gift cards and food cars, which have been extremely helpful. I know it’s a tough world right now, but there’s still a lot of good left in it. I’ve seen it, especially in our community.”
You can also do some good by helping the family financially. As always, there are unexpected costs that come up during serious medical situations such as this and a GoFundMe Page has been set up to help with expenses, which you can find HERE.
In the meantime, Vicki Andrews said Madison is enjoying being an aunt as her brother Zach just became a father. In fact, Zach and his wife allowed Madison to name her nephew. That nephew is officially Alexander.
Sounds like the name of someone who is out to conquer something. It sounds just like his Aunt Madison.
Editor's Note: Photos show Madison Andrews in various stages of treatment, including with WVU Medical staff in February after receiving a Kindle 10 from the Little Wishes Program, and below, with several West Virginia University athletes, including BHS alum Noah Drummond, also back in February. Photos courtesy of Vicki Andrews.