ToquiNotes: Recalling Life of Bridgeport's Robert Allen and the Immeasurable Impact He Made on the City

By Jeff Toquinto on November 26, 2022 from ToquiNotes

A few times in this very blog, I have talked about individuals who are responsible for the growth and prosperity the City of Bridgeport has encountered now for decades. At times, I have even talked about a “Mount Rushmore” of great leaders in the city’s history.
If you are going to talk about those in the conversation of having made an unquestioned impact on the prosperity the city has on so many fronts, any reputable list will have the name Robert Vernon Allen on it. For those not completely in tune with the city, he was known to 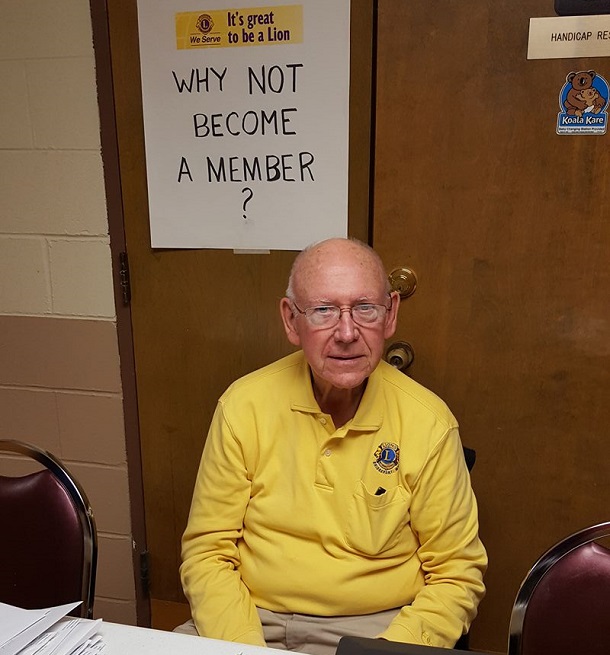 almost one and all as Bob Allen. And for those who did not know about him, you are about to learn why he is so important to the city.
Before going further, many already know that on Nov. 19, a week ago from today, Bob Allen passed away at his home. He was 86 years of age.
The obituary created a rare conundrum in coming up with a headline. There were too many things to mention as to what he meant to the City of Bridgeport during his time living here.
Even though I knew what he meant, I did not the depth of the contributions. Yet, even that went to the back of my mind thinking about the one thing he did  that always stood out to me. Bob Allen went about his giving quietly, graciously, and humbly. He did not need to be heard to be dignified. Yet, he carried himself with a level of dignity that oozed from him without trying.
So many associate Bob Allen and his wife Ruth – equally waist deep in the pool of reasons for the city’s prosperity – with Allen Funeral Home, which today is known as Ford Funeral Home right in the heart of downtown Bridgeport.
Had Bob Allen just been a business owner and operator, he would have made an impact. For 38 years he ran the business and you do not run a funeral home that long if you are not good at it. And you are not good at it if you are unable to provide a sanctuary of peace in the emotional port of storm that is the death of a loved one. The Allens did that for countless families. 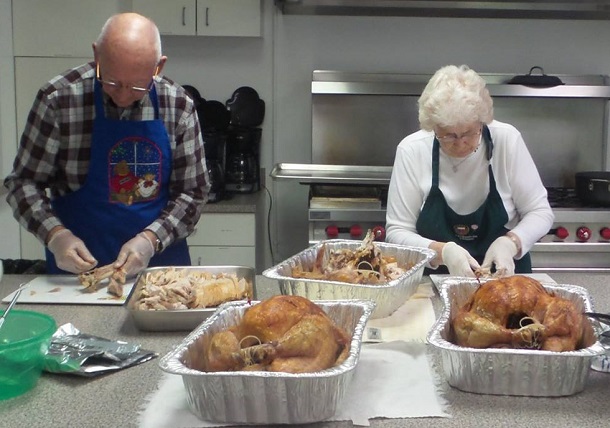 Yet, he did so much more. In fact, by saying “so much more” it almost feels like he is being short-changed for his contributions.
He spent two terms on the Bridgeport City Council. While many Council members in many municipalities are business owners, it can be a risk knowing that decisions made can impact the business that creates your livelihood – yet Bob Allen served and did so with honor. That trait never left when he left the city’s governing body.
“He was a friend and someone you could rely on, and someone the community could rely on,” said former City Manager Kim Haws. “When you are on an elected board that makes decisions impacting others, it can cause issues if you're operating a business even when doing what’s right. The thing with Bob is that he wanted to serve, and he did. He volunteered his entire life to make the community what you see today.”
That is not hyperbole on Haws’ part. I will hyperlink the obituary in a few paragraphs so you can read all that he did, but Bob Allen was 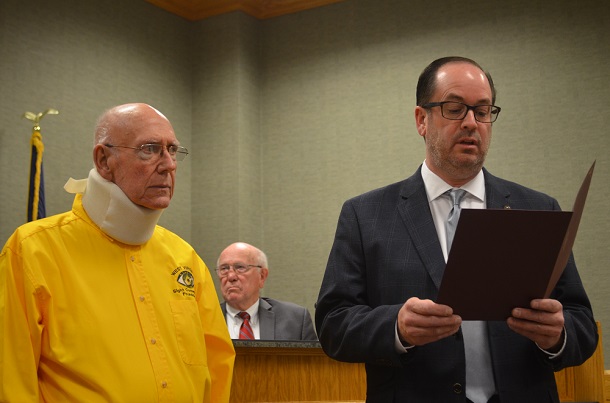 deeply involved in the community beyond being a businessman and an elected official.
As a member of the Bridgeport Presbyterian Church, he served in multiple roles – including elder more than once. He also found time to be involved on the church building committee to one of the cornerstone religious institutions in the city limits.
On the civic front, Bob Allen served as president of the Bridgeport Lions Club and the Bridgeport Rotary Club. He added to that by helping served as one of the founders of the now defunct Michael Benedum Festival. Again, there are so many other things that can be found HERE in his obituary.
“Bob was one that really took Jesus’ message to heart about doing for others. He always looked to give back to the community, not only Bridgeport, but anywhere he was involved,” said former Mayor and long-time friend Joe Timms. “His was in the service of giving back to people and treating people like he would like to be treated. He was a good man.”
Timms was quick to point out Allen’s finest contribution is something many may not know about. Even more important is that it came during a time when Allen was an elected member of Council and opted to do something that took a lot of control away from the city’s form 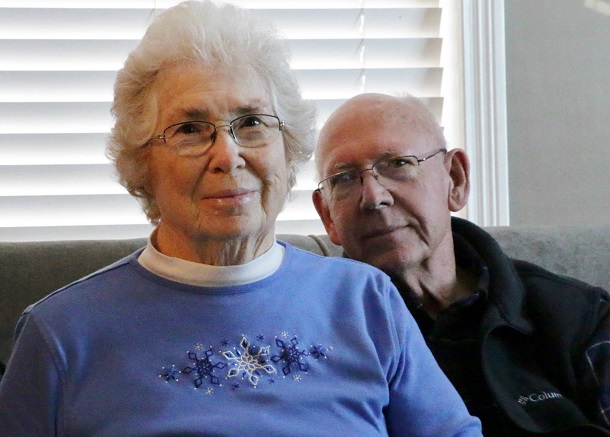 of government at the time – the strong mayor format.
Bob Allen was one of the few individuals who had the foresight to help write the city charter. It is the charter still in place today. It is the one that set the stage for the city to have a city manger format that has been in place since the 1990s that perhaps not so coincidentally overlaps with the amazing growth the city has been witness to and continues to be witness to.
“Before the charter, the community was surviving and doing what it needed to survive, but the charter allowed the city to look ahead and take away from Council members being mini city managers who would each kind of handle a department …,” Timms said. “We were fortunate we had good people running our departments, but it made it hard for coordination and to really get things moving. The charter did that.”
Timms said the old format did not allow for continuity because a change in any city election would eliminate the corporate memory of how things were done or needed to be done by those leaving. With the current format, Council members are phased in and phased out and make the policies the city manager is responsible for.
“That has been very critical to what you see today,” said Timms. “You have a person full-time managing the city’s affairs and the policies created by those elected.”
And Bob Allen was there on the forefront of all of that. The thing was, he was not alone.
“Bob and Ruth had their fingers on whatever was going on in the community,” said Haws. “They were quietly involved in any way they 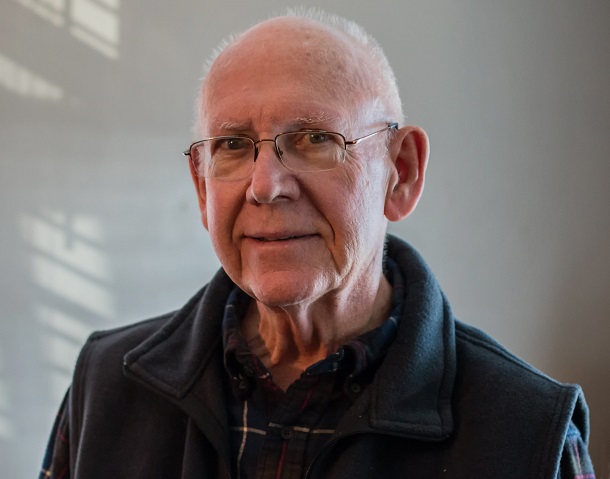 could serve the community.”
Again, not hyperbole. The couple had celebrated their 64th wedding anniversary this summer and a large portion of those decades were spent doing good for others. Like her husband, Ruth Allen served as an elected member of Council and also volunteered – and continues to do so – on countless numbers of organizations.
The combination worked well for Bridgeport.
“They did a lot together,” said Timms. “I still think back to the charter because it was not only the right move, but the reason the city is thriving.
“Bob Allen was smart enough, along with a few others, not to look at the situation and say this is how things were always done so we need to keep doing it,” Timms continued. “He and the others looked at it and instead said there is a better way we need to do it, so we don’t just survive, we thrive.
“That alone is a pretty strong legacy,” Timms continued. “The amazing thing is he did so much more that benefited the city then and continues to benefit the city now.”
It would be hard to argue any of that. Bob Allen, a graduate of Moundsville High School, is one of Bridgeport’s most important individuals ever. And for that, we all owe him a debt of gratitude.
Rest in peace Bob. Your work here is done.