ToquiNotes: Recalling Man Laid to Rest Recently with Legacy of Impact Ongoing to this Day in Bridgeport

There are so many things Bridgeport is know for. If you were to compile a list, youth sports and quality churches would be on there.
Last weekend, a man many may not have known that played an integral part in both of those segments of this city’s amazing quality of life was laid to rest. His name was Rev. William C. Taylor and for purposes of length, I will focus on what he did on the church and youth sports front.
Bill Taylor, as those who knew him called him, was 96 years of age when he drew his last breath. Prior to the first and the last, he did plenty. 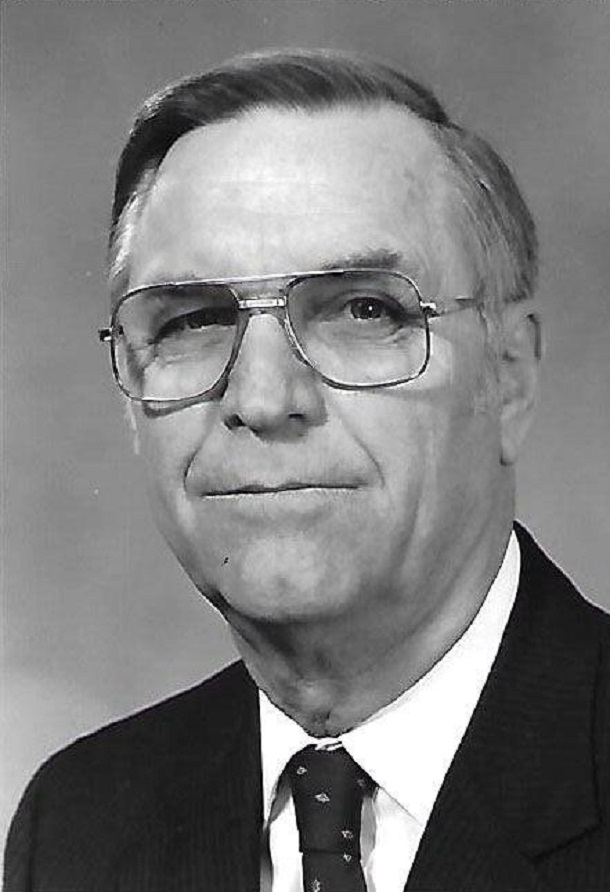 You see, Rev. Taylor led a robust live of giving, going back to his service in World War II. He was a veteran of the United States Army and served in the prestigious 82nd Airborne as a glider pilot. It was there he helped save lives for generations of Americans to come after his service.
It was his time as a Baptist Minister where he saved souls and his time involved with youth sports where he set the stage for teaching the basics of teamwork and life skills. Rev. William C. Taylor ended up with a well-rounded resume of good deeds on the lives of people.
I did not know him, but many in the Bridgeport community did. In fact, many let me know of his passing and the more I learned, his importance to the fabric of what this city has become was clear. And while some may not recall him, I imagine many remember his children that likely were as much a part of the Bridgeport community while here as their beloved father.
His son Dave Taylor, who is a Ph.D.; his son James who followed his father’s footsteps and is a reverend; and his son Michael, who became a doctor (and was my doctor and treated me like gold) and served the Harrison County community for years. All three graduated from Bridgeport High School
Raising a good family would have been enough to make an impact. But as noted above, Rev. William C. Taylor did more. For starters he 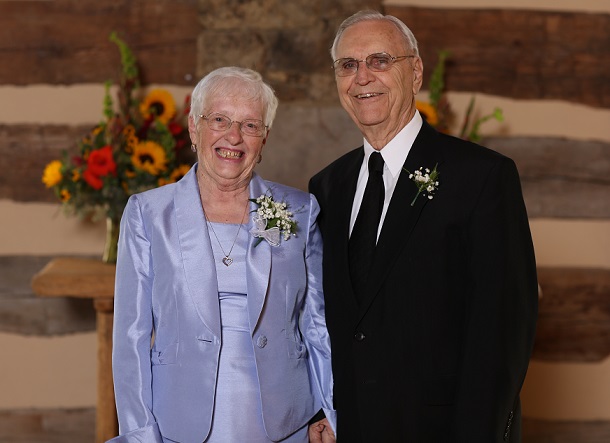 was pastor of Simpson Creek Baptist Church, according to his son James, for 17 years. It is the same Simpson Creek Baptist Church that is led today by Rev. Mike Hopkins and has helped make the community flourish.
“He touched so many lives through his faith and his actions,” said Michael Taylor. “That was what he was known for; he had a gentle demeanor that allowed him to get through to people.”
That demeanor served him well. Michael Taylor said the time his father was heading up Simpson Creek Baptist Church was in the last 1950s and into the early 1970s.
“The church was very well attended, but it continued to grow while he was there,” said Michael. “He helped lead the addition to the back part of the building where it looks like it has a ‘T’ on it and was so happy to come back and see everything else that took place when they had a 200-year celebration of the church.” 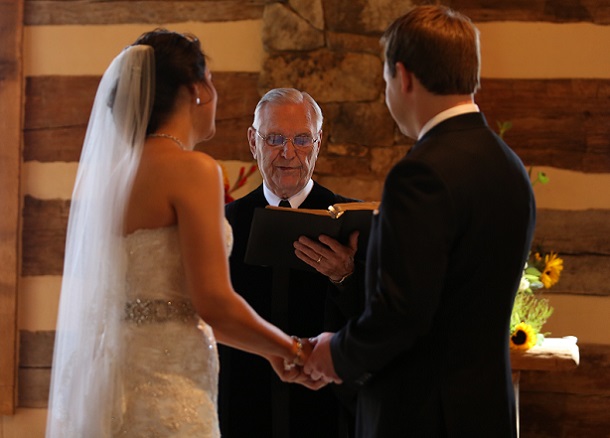 Rev. Taylor was there for one other major event. He was the man at the pulpit when Bridgeport – and the church itself – was hit by a tornado.
“I remember that because it took off the top floor; part of the second floor,” Michael said. “He helped get the church back together in the manner he handled most things.
“He was always calm, and I rarely saw him get angry. He managed people through his kind demeanor,” Dr. Taylor continued. “He got them to do what needed to be done during that tornado and throughout his time there without being harsh.” 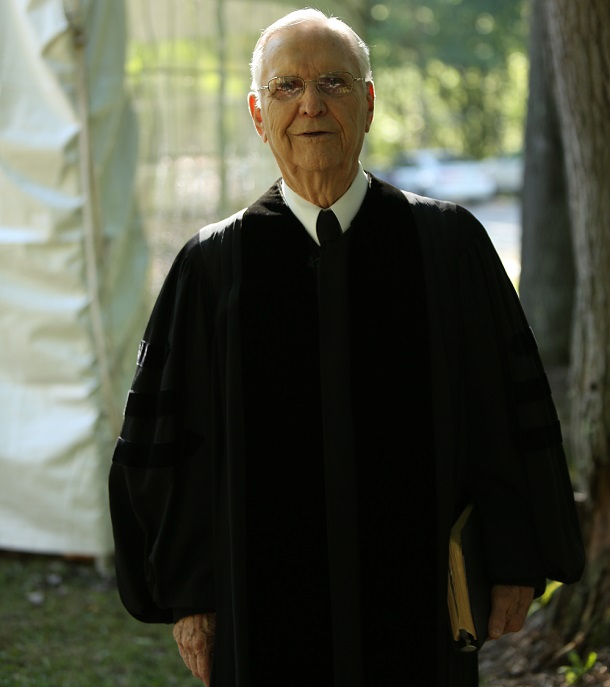 The demeanor, again, would serve him well on another venture. He was one of the founders and the first president of Bridgeport Little League Baseball.
“He so enjoyed that. I don’t think he ever coached. He was just the administrator,” said Michael, who pointed out his father was also involved with the Bridgeport Kiwanis Club. “Myself and my brothers all played, but he never coached us. He did it because he loved working with kid and being involved with the community. He always wanted to help.”
Dr. Michael Taylor said his father thoroughly enjoyed being called back in recent years for another anniversary event involving Bridgeport Little League.
“He threw out the first pitch,” said Michael. “You knew he was happy to see where the league was at. I guess he was good at what he helped get started.”
The same could be said about his family. He was married to Betty Trout Taylor, who survives, for 74 years. He has a boatload of grandkids as well as 22 great grandchildren.
“He loved his children, his grandchildren and great grandchildren,” said Michael. “At 96, he knew all of their names and remember all of their birthdays.”
Dr. Taylor had another special memory. It was one shared by Gooch Holbert during a visitation last week in Summersville to see his friends from the community.
“In those days, you had neighborhoods and Gooch was in our neighborhood. Gooch reminded me that my father was the all-time quarterback for both teams,” said Michael. “That was a pretty special memory that made me smile.”
A memory of part of a life well-lived. A live described by his son Michael as “full and prosperous.”
It would be hard to argue that description. And it would be hard to argue the seeds of his work in Bridgeport are not still bearing fruit decades later and will continue to do so for many decades into the future.
The impact was felt on many fronts. Bridgeport was fortunate to be part of it.
Rest in Peace Rev. William C. Taylor. Your work here is done.
Editor's Note: Top photo is the photo that ran with Rev. William Taylor's obituary from the funeral home, while in the second photo he is shown with his wife of 74 years Betty. In the third photo, Rev. Taylor is shown doing a ceremony involving his grandchildren, while he's shown in a portrait below. Bottom three photos courtesy of the Taylor family.