ToquiNotes: Recalling Meadowbrook Mall Business to Get Bite to Eat Far from "Cheesy" No Longer Around

As I left Marshalls at Meadowbrook Mall this past weekend, it was close to dinner time. Because of that, yours truly was a bit hungry.
While I was fully confident in the wife’s ability to do what I cannot do well – produce a fantastic meal – I also remembered something from the past that would have curtailed my appetite until I got home. And I was standing right in front of the place where that appetite would have been satisfied.
For those that may not remember, Marshalls was home to the original cinemas. If memory serves me correctly, it opened shortly after the mall did in the early 1980s and was called Carmike Cinemas that eventually shut down prior to the opening of the new, modern Cinemark 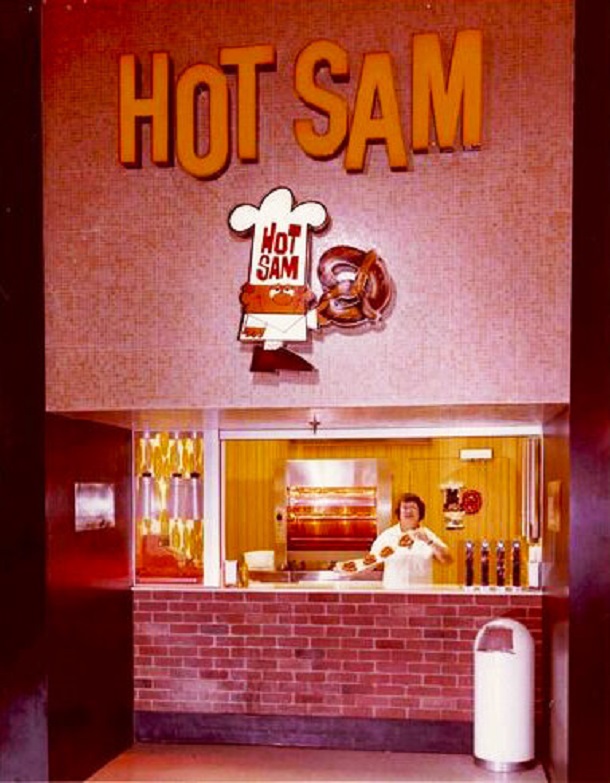 complex in place.
There was something else where Marshalls is situated, however, that held off that quick hunger at a more reasonable price than anything offered at Cinemark – or any movie theater nationally. Does anyone remember Hot Sam Pretzels?
For those that do not, you missed a neat little place to get a quick bite to eat. And since I was getting stuff there, it must have been reasonably priced. Reasonably priced or not, it met the fate of many niche food establishments, and that fate was being sold and its remnants eventually going out of business.
While there is not a whole lot to find on Hot Sam Pretzels, it looks to have come into existence in 1966. When it came to the Meadowbrook Mall, well, that is a good question. We will get back to that.
All I can tell you for sure is that it was there when my friends and I first started driving and it was there for sure when my wife Valerie and I first started dating. Before anyone assumes I took her there for dinner (which would not have been a bad idea), my wife and I both loved the pretzel sticks and accompanying cheese sauce.
The cheese sauce that came with the pretzel was brilliant. It may have been the first time I tried a pretzel dipped in cheese and, well, I was hooked. Whether it was the nacho cheese used by Hot Sam or the cream cheese used today by Auntie Anne’s, if I have a choice I am going with cheese.
Understand, I came from an extensive line of mustard-loving pretzel toppers. The tradition began primarily due to economics. If you ate a pretzel as a kid, chances were good you got it for a deal at Hills Department Store and someone was using mustard on it.
I digress.
Sometime in 1995, Hot Sam was bought out by Mrs. Fields. Mrs. Fields also bought out Pretzel Time and, from what I can gather via the 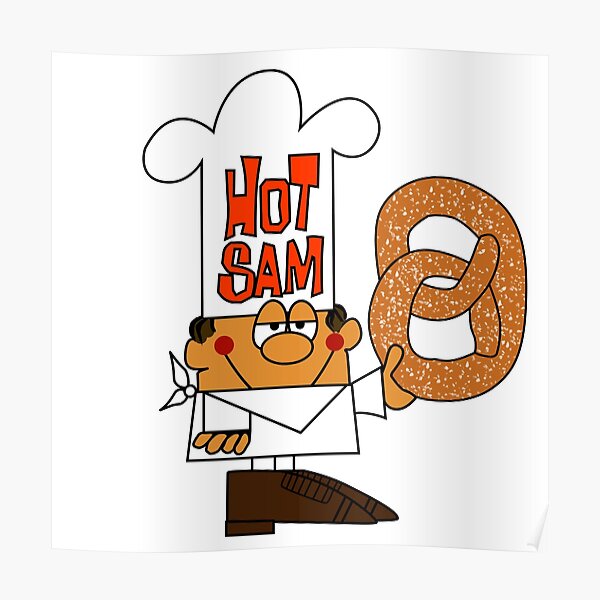 internet, eventually all of the Hot Same brands were rebranded Pretzel Time. Here is where my memory goes south.
The last Hot Sam to turn into Pretzel Time appears to be in 2005. That could mean Pretzel Time never existed at Meadowbrook Mall or it was Pretzel Time but did business on the financial side at Hot Sam.
As I usually do, I checked with my good friends at the Bridgeport Finance Department for help. However, anything prior to 2001 is usually a bit of an issue because I believe it was around that time they updated records into a digital format. The records show that Hot Sam, not Pretzel Time, was at the mall from 2001 and closed in February of 2004.
Granted, as noted above it could have remained under Hot Sam for accounting purposes and did business as Pretzel Time, but I do not recall. All I know for sure is Hot Sam was well in business before January of 2001.
Even with that bit of murkiness gone, the pretzels were always good. However, it was the pretzel sticks that became the game changer with the cheese. They also did something else with cheese that was food nirvana.
Hot Sam would take your pretzel, put it on a stick, and then dip it in cheese. In fairness, they actually smothered one side in cheese, and it was heavenly. Another memory lapse is that they may have – and emphasize may – have actually offered cream cheese as well. I am also of the belief they had multiple toppings for you to choose from. Again, my memory fails me here.
The amazing thing is how much I enjoyed them. I was surprised in reading several articles the pretzels were frozen and delivered to stores. They were not super fresh like the ones you get at Auntie Anne’s, yet for reasons I cannot explain I loved them just the same.
One detailed article on Hot Sam claims there were 175 locations in 1985 in the United States – mainly at malls – and earning up to $50 million. Ten years later the sale took place and 10 years after that, the article points out that only 10 Hot Sam locations remained. None would make it to 2006.
The amazing thing is what was likely a flash-frozen pretzel somehow resides favorably in my memory bank along with those glorious and large pretzels from Hills that were cheap enough the entire Toquinto family got to dig in.
I sure would be interested to know what you know about Hot Sam. And I would like for someone to find a recipe and bake me a fresh Hot Sam Pretzel – with cheese of course.