ToquiNotes: Recalling a 26-Year Journey that Takes a New Path Today for Little Girl who Made Me a Dad

By Jeff Toquinto on September 17, 2022 from ToquiNotes

She was giggling. In fact, she was running through a friend’s house as her mother was about to take her home for the night.
I should mention the reason she was running, right past the cusp of four years of age, was that yours truly was chasing her. After all, I 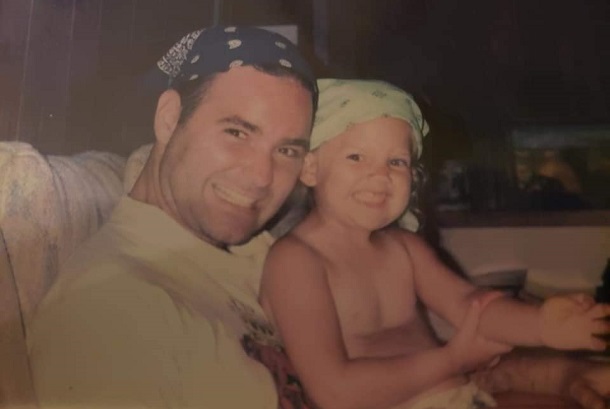 have always connected well with youngsters; primarily because I have never really grown up.
This little girl, though, was awfully cute. Truth be told, so was her mother who I had talked to many times before but had never met her child.
As it turns out, that initial amount of play would not be the last. Sometime not long after my first encounter with this little blonde-haired, blue-eyed child, I started dating her mother and that little girl became about as big a part of my life as anything ever would.
Shortly thereafter the chasing and the playing was fulltime. The mother became my wife, and that little girl became my stepdaughter, although I feel certain just how much I love that once little girl would actually show up in her own DNA.
Eventually, the chasing ended. The little girl became a young lady. She graduated from high school, then college, and eventually left the nest and settled in Boston. From that first encounter heading into today was about 26 years ago.
Today, I am at a place where so many reading have been before, will be again, or will experience on their own. Today, I have the honor walking that former little girl who is now a beautiful young adult, down the aisle as she will go from Jordan Mitchell to Jordan McGrath. 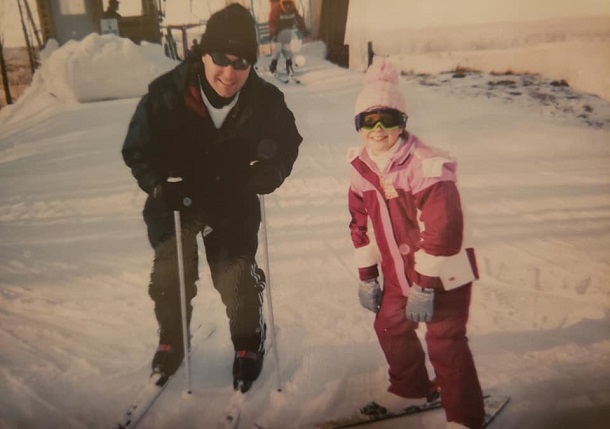 As I pondered what to print, I was taken aback when I type in the time frame above. Twenty-six years. It does not sound too long, but then when you term as a little more than a quarter of a century, you realize she has pretty much been a constant in just about half of my time on this earth.
It has been a wonderful constant thanks almost exclusively to my wife Valerie, who not only managed to make me a husband back in 1999, but a father on the same day. I know officially it is in a stepfather title, but everything else is real.
The happiness and anxiety you feel as they started a new school year. The mixed emotions as they left for college, went out on a date, drove for the first time alone, wrecked for the first time, and maybe did not return that text message or answer that cell phone fast enough. There was even the occasional time 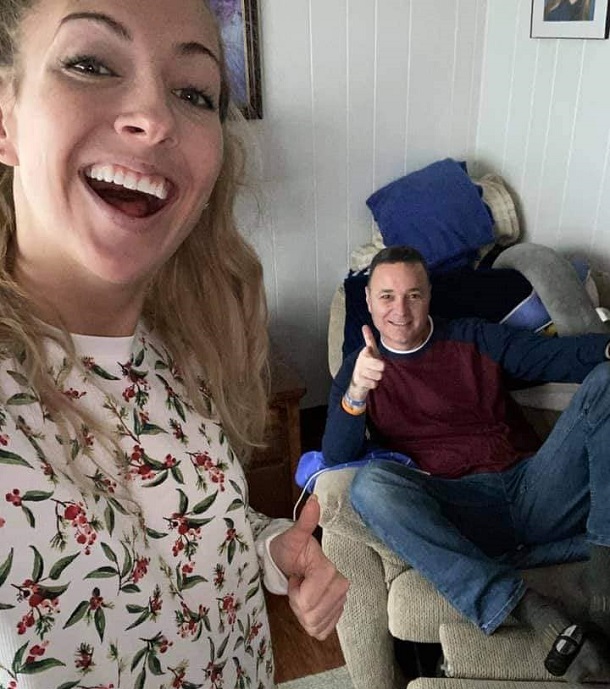 when mom stepped out her role as the key disciplinarian and let me have a crack at making verbal headway.
There has been every bit of emotion one can imagine for these two-and-a-half decades-plus. And my daughter would be the first to admit not every emotion or every moment has been a Hallmark Holiday Movie special. There have been multiple trying times.
That is okay. When I said “I do” that included saying yes to being a father and all the tilt-a-while moments that come with it. I have enjoyed just about every minute of it as I had this unique ringside seat to watch this child blossom with her wonderful characteristics and human flaws into a beautiful flower of a full-grown human.
Jordan today will officially head into a new stage of her life. Her birth father and my friend Daniel will be asked to give her in marriage. Truth be told, I never was a big fan of that part of a wedding, even though it really is more formality than anything else in the procession. I have never been a fan because the wording always made me feel the person or persons “giving” the individual in marriage was letting something go, and only those people were the ones giving. 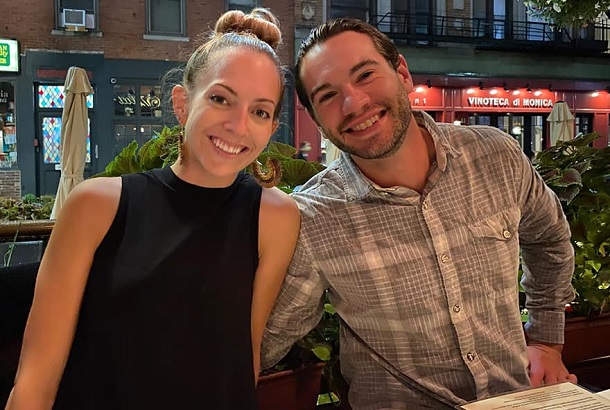 Nothing could be further from the truth.
She will give to the marriage as will her soon-to-be-husband, or already husband depending on when you read this, Josh. We will gain a son-in-law. We will gain new friends, new family. Everyone there will be giving something to get something that will carry on long after the church is exited, and the final toast is given.
In a few days, she will be gone again, this time as part of a married couple. Physically, I will not be chasing her and have not done that since her elementary school years. Truth

be told, I could not chase her even if I wanted to on a physical front.
I will chase her as I know her mother will as well. We will chase her in our thoughts and in our hearts every single day for as long as we both continue to draw breathe.
My little girl with that cheeky grin is a grown woman who will be married today, but will always be my little girl. The grin is now a gorgeous smile that gives just a clue to how beautiful she is inside and out. And she is the one who will always make me smile, particularly on this day.
After all, she did one thing no one else has ever done. She made me dad.
Editor's Note: Top photo shows myself and Jordan shortly after we entered one another's lives having a bit of fun at her grandma Cheryl's house, while she gets ready to embarras me on the slopes in the second photo. We are shown enjoying Christmas morning during their annual trips home from Boston. The future Mr. and Mrs. McGrath hosting mom and dad at dinner in Beantown, while Jordan and I enjoy some time after a trip from Disney. Although the background blocks it out, I am wearing a pair of Mickey Mouse ears.