ToquiNotes: Recalling the Life of Educator Tom Brown as He Makes His Final Journey Back Home Today

It would not be an insult to believe Tom Brown’s best work came as an educator, primarily here in Bridgeport with a stop at Washington Irving High School and time in Pennsylvania. He did work, splendid work, that impacted thousands and perhaps tens of thousands during a 38-year career.
He was pretty well beloved by those he taught, coached, and served as an administrator for at every stop. We will talk more about that shortly, and justifiably so as we recall the life of Brown, known affectionately as “Gunner” and “Topper” by his friends. 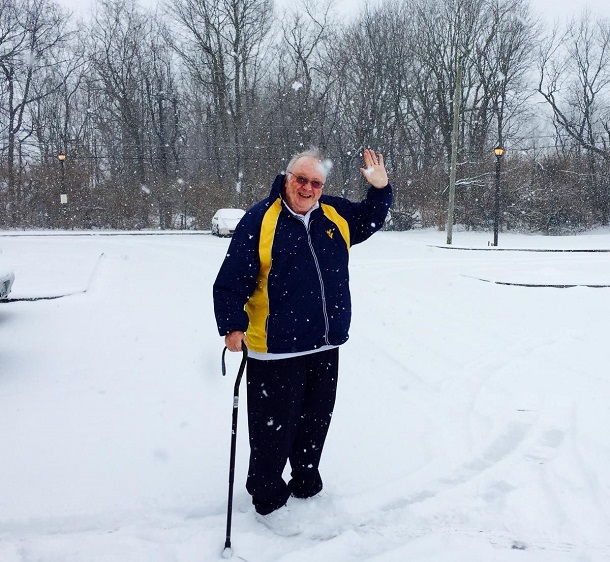 Most already know Tom Brown passed away July 14. It was not a surprise as Brown, several months earlier, had been diagnosed with Stage 4 pancreatic cancer and he opted not to go through treatments. Instead, he opted to live out the remaining months the best he could – and he did. We will also talk about that as well.
For those who may not remember, Tom Brown was a good family man. A good husband, father, son, brother, uncle, or any other relation I may have left out. Those closest to Tom knew that. I saw it too, but I really saw it back in, I believe, 2006 when, as good as I thought he was in an educational setting, a saw his real life’s work.
It was then when Tom Brown – the family man – stepped to the forefront with his wife JoAnne at his side. It was at that time their granddaughter, Grace, suffered an exceedingly rare spinal stroke. Not yet to double digits in age, the condition was going to require financial hurdles and care no one could have planned for. 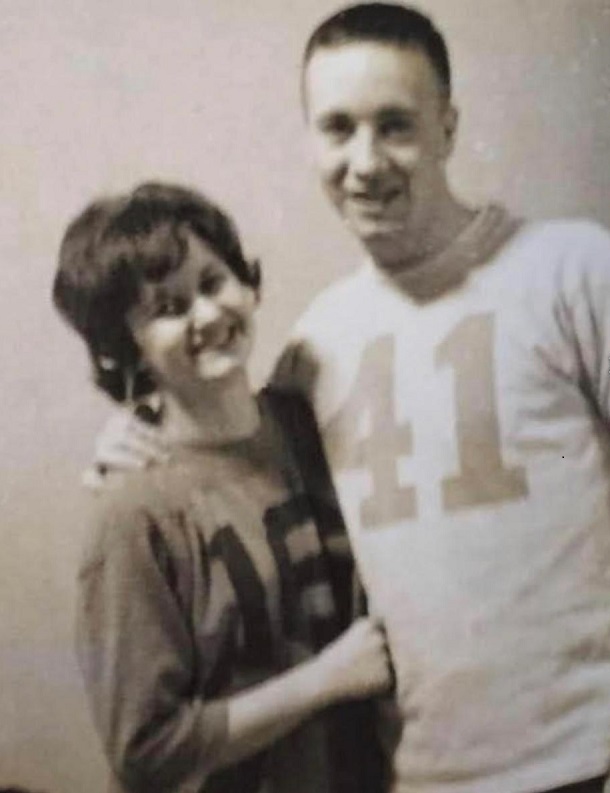 Tom Brown rose to the occasion, along with his daughter Kim and son-in-law Bill Meek, and led a family charge that raised money for years to help Grace transition into the best life possible. I had the pleasure of collaborating with Tom on many of those efforts getting the word out to the community.
It worked. The last time I talked with Tom, or as I always called him “Coach,” a few months ago, he raved about Grace teaching and excelling. Tom Brown showed me more on the family front about who he was during that time period than I had ever seen before at what he was best at, and I never needed to see anything after.
I knew what resided deep inside was good, and that was all I needed to know. His son Tommy, the family member I have always been closest to, talked about how he watched in awe as well.
“My dad had lost his younger brother Johnny when he was young … He had a lot of pressure from that from consoling his mother to kind of taking charge because he had to. I don’t know God’s plan, but maybe handling that adversity prepared him to handle Grace’s situation,” said Tommy. “There was sadness and anger when it happened, but he just had this 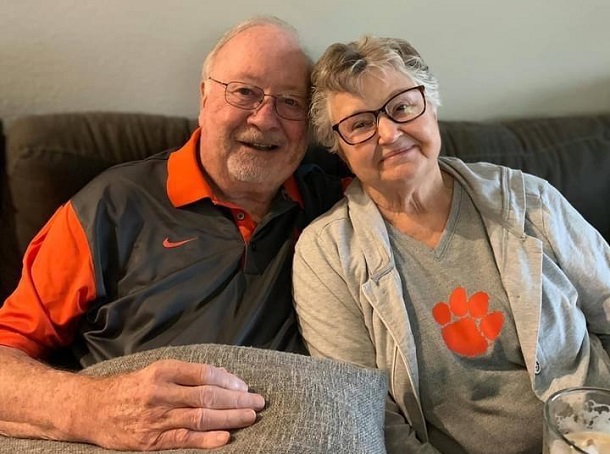 ability with my mom, Kim, and Bill, to focus on the goal of making the best of things. I knew it was hard on him, but he showed us how to accept the good and the bad life throws at you.”
Tom Brown threw a lot of good at people in his life. They came to honor him on July 18 in Clearwater Florida at a funeral service there. Tom and JoAnne have lived there for 12 years.
“They have a nice network of friends there from church, working out, and even extended family,” said Brown. “Florida was good to him.”
The weather afforded the Brown family plenty of opportunities. It was also the place where Tom Brown and his best friend, the late Larry Burner, had planned to spend a considerable amount of time together before Burner passed at an early age battling leukemia.
“That was tough on my dad. He watched Larry battle it because Larry was still a young man even though he and dad retired at the same time,” said Tommy. “I think watching Larry battle so hard, and struggle, was a reason he decided to live out the rest of his days the best he 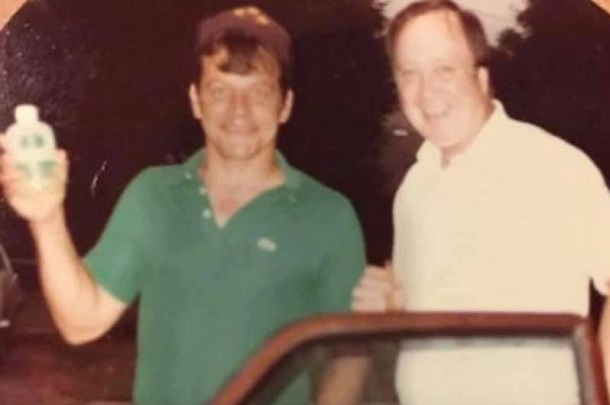 could.”
And he did. The often-reserved Tom Brown, whether it was as Mr. or Coach, began to receive wave after wave of visitors, phone calls, text messages, cards, letters, and well wishes. They came from everywhere.
“He thoroughly enjoyed reconnecting to the folks he had seen and met along the way, particularly in the education field. He never said it, but I think it validated the work he had done all of those years,” said Tommy. “We all know being in the education field can be thankless at times, but he was able to see he had an impact on many and probably realized, even if he wouldn’t say it, he impacted the communities he lived in because of it.
“There was joy whenever he talked to a former teammate from high school or college, and he got to talk with (University of Kentucky) 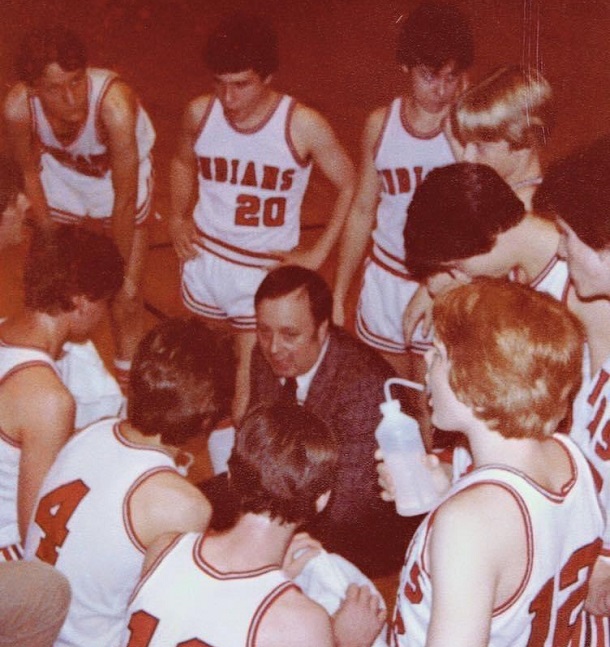 Coach (John) Calipari (who Tom coached in Pennsylvania in high school),” said Tommy. “One thing he always enjoyed were stories, and he could listen to them as well as deliver them.”
Tommy said the list of visitors in person or in other manners are too numerous to describe, but he knew he was thrilled to see the family of his late friend Larry Burner visit and recalled how much he lit up when one of his former student-athletes showed up for a visit.
“Phil Nicewarner was in Florida, and he showed up and they talked and told stories forever. That’s his wheelhouse, and there were so many stories he only told to his friends because he never wanted to sound like he was bragging,” said Tommy. “But my sisters Kim and Pam (Beck) and I know he loved to talk to former students, particularly the athletes because as a coach you form a unique bond with them. I know he talked about Phil’s visit for days after he was here and smiled every time. He smiled a lot in his last few months.”
The Brown family is hopeful people will smile today as well. From 4 p.m. to 7 p.m. at Ford Funeral Home on Main Street, there will be a celebration of Tom’s life, while the official memorial service begins at 7 p.m. Tommy said the family is making sure to grant Tom Brown’s final wish of coming home.
“His wish was to be brought back here. Even though he grew up in Pittsburgh, his home is in West Virginia,” said Tommy. “He knew, and 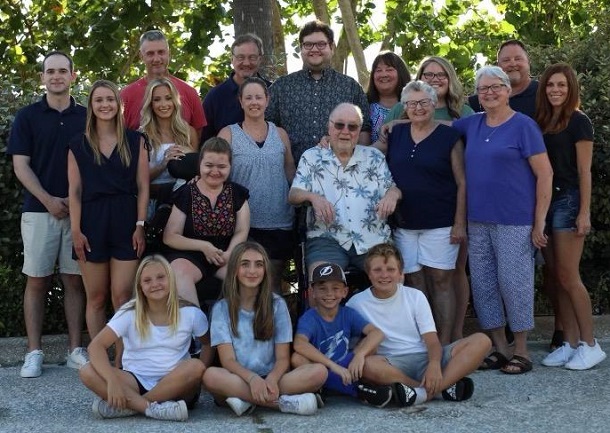 we realize for all of us, Bridgeport and West Virginia will always be our home regardless of where we may be.”
Tommy said the family is hoping to hear plenty of new and old stories and see plenty of new and familiar faces. They said his father would love that, and he said the family will too.
“We’re already felt the blessings of those around us and, at times, overwhelmed at the amount of well wishes, notes, generosity on every type of level,” said Tommy. “We’re happy to bring him home and get to see so many who knew him. Honestly, it’s been therapeutic for all of us to hear stories about how caring and giving my father was during his time on this earth.”
And yet Tom Brown’s final act is more giving. In the obituary, he asked that donations be mailed to Grace Meek (CLICK HERE), his granddaughter he helped transition into adulthood as a beautiful and productive soul to help with ongoing medical costs and education expenses.
He gave until the end and beyond. Not surprising for the master educator who happened to be a master human being as well.
Rest easy Coach Brown. Your work here is done.
Editor's Note: Top photo shows Tom Brown at home in West Virginia, while he's shown with the love of his life - his wife JoAnne - as youngsters in the second photo and a few years later in the third image. In the fourth photo, he is shown with his best friend, the late Larry Burner, while the next photo shows him coaching basketball for Bridgeport. Bottom photo, taken in May of this year at his 80th birthday, shows Tom Brown with the group he was most proud of - his family. All photos courtesy of the Brown family.