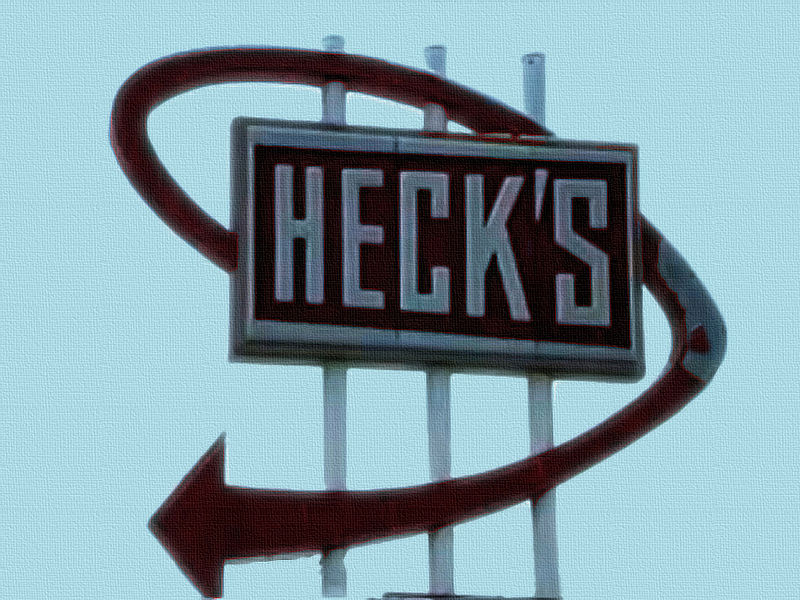 As a youngster and I think even into my early college years, I always enjoyed going to Heck’s Department Store. I may have this wrong, but the last incarnation of it in the Bridgeport area was in the area that is now Gabe's Plaza. If my memory serves me correctly – and it rarely does – Heck’s was actually located in the building that now is Gabriel Brothers.
There were two other locations for Heck’s. They had a store in the Rosebud Plaza in Clarksburg and they also had a story in the area that is now the Parkette Restaurant on old Bridgeport Hill. My very first bike was purchased at the store on old Bridgeport Hill – training wheels and all.
A relative of one of my relatives (who has since passed) through marriage told me the greatest story about working at the Bridgeport location. She was running a cash register one day and she said she looked up to see a huge man in line. The relative in question was 5’0 tall so when she looked up to wait on Andre the Giant at the Bridgeport store, she was a bit taken aback.
I digress.
While 7’4, 500 pound customers likely weren’t a regular occurrence and perhaps the only one, for my brother and I, saying “Heck’s” made us feel like we were getting away with something. It was, in our minds, a borderline curse word. Looking back, like so many other things, we were wrong. As I began writing the blog I wondered how the store got its name and, thanks to the internet, it didn’t take long to find out.
The store, which came into being in 1959, was named after the initials of the group that created it. They took the initials of those men’s last names – Fred Haddad, Tom and Lester Ellis, and Doug Cook (and used the first and last part of Cook’s name – and you had Heck’s.)
I also discovered that Heck’s was a relatively distinct West Virginia store that was featured predominantly in many small cities. While it wasn’t exclusively West Virginia – there were stores in Maryland, Indiana, Kentucky, Ohio, and Virginia as well – the majority of the stores were located in our very own mountains. It was very similar at the time to what Hill’s offered, but to the best of my knowledge didn’t have the bait of the fresh popcorn and pretzels that Hill’s had as soon as you walked through the doors. 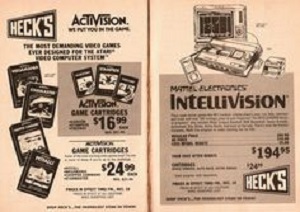 Heck’s at one time had 170 stores. According to our internet friends, Heck's was a mini-juggernaut and in 1980 Forbes Magazine listed the profitability and growth of the store third in the nation, just ahead of Kmart.
The real problems began when the last of the founders stepped down and sold stock in the company in the early 1980s. And shortly thereafter the store saw its first losses and layoffs began.
By 1986 with 140 stores in its inventory, the beginning of the end was signaled. The store filed for Chapter 11 bankruptcy. When it came out of bankruptcy three years later, there were 55 stores left, but it had a new name. The store, which may have been ahead of its time in concept, was called the “Take 10 Discount Club.”
Anyone remember that? I do, but the only location I can remember is the Heck’s at the Rosebud Plaza being converted. And yours truly was actually a member. You had a photo taken and were given a driver’s license type of ID card very similar to what you get at Sam’s Club today. Your card gave you 10 percent off your entire purchase. The idea faded and eventually most of the stores became L.A. Joe Department Stores, which I also believe had a location at Rosebud Plaza.
Nothing, as history tells us, worked out. But, it was certainly a good ride while it lasted – and it allowed my brother and me to use some edgy verbal words without getting whacked for it - and my first and last ride with training wheels.
EDITOR’S NOTE: If you have any memories of Heck’s Department Store and believe you can correct the information above, please feel free to make comments below. The bottom photo shows what was in style at the time of its closing. Yours truly had several Activision games.