Perhaps it is a smell. Maybe it is something we see. Or often times it is something random that conjures up the memory of a loved one who has passed away.
Bridgeport’s Robert Barrett knows that feeling. He knows it all too well at the moment.
Over the course of the last few months, many things have stirred memories of his father Carlos “Charlie” Barrett. That may be expected for Barrett and his siblings as it has been less than three months – on April 11, 2022, to be exact – since his father has passed away after battling a lengthy illness. 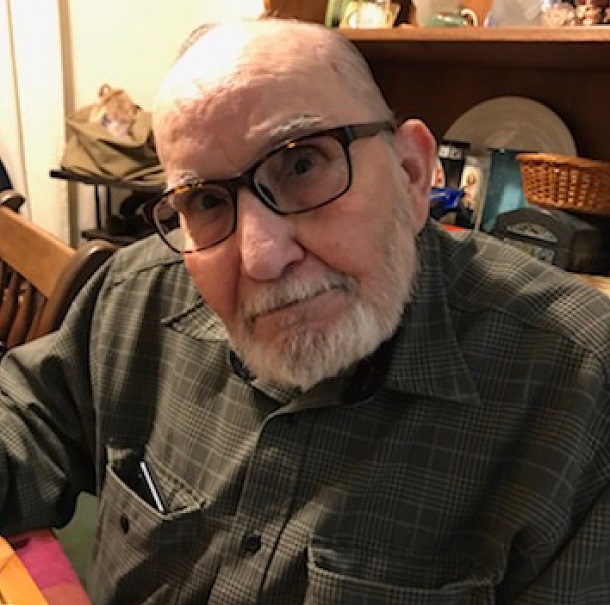 Yet this week, something he saw not only stirred memories of his father, what he saw buckled his knees and stirred something inside that said he needed to act on what he saw. And now, he is going to do just that to not only help with his own grieving process, but to help others who may be in the same situation.
Before going further, let us look first at the man in question – Robert’s father Charlie and then what happened this past week that made Barrett reach out to talk of his plan. Carlos “Charlie” Barrett moved to Bridgeport in 1979 and he ended up bringing with him a large family.
Charlie and his wife Evelyn, who proceeded him in death, had five children. Along with Robert, there was Carlos, Mike  Mary (Polly), and Leslie (Lolly). They helped give their parents double digit grandchildren and great grandchildren.
There were many things in his life from starting out at Tulane University to eventually heading to St. Mary’s University in San Antonio where he played college baseball. He ended up in Harrison County years later working for the former Union Carbide plant in Anmoore and enjoyed hunting and the outdoors.
Yet, there was one thing so many remember him by – he was a youth coach. He coached Bridgeport Little League, Bridgeport American Legion and Pop Warner in the city as well. It was, however, the game of baseball that created a situation where Robert Barrett – immersed in the game today at a level near that of his youth – was hit with an emotional lightning bolt. 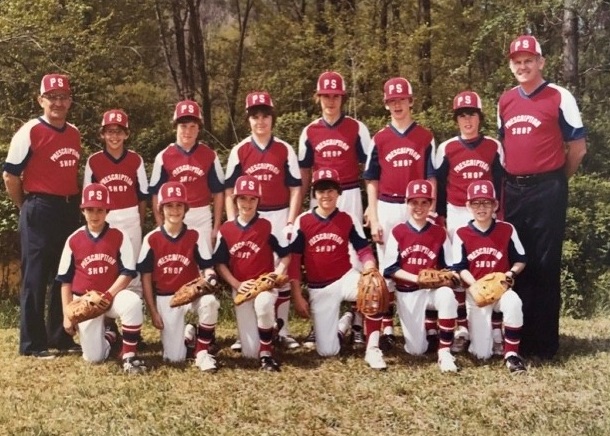 The 1989 Bridgeport High School graduate, former Fairmont State University assistant baseball coach and associate scout for the Chicago Cubs who played collegiately at Marshall University happened to be scrolling through social media when he saw it.
A former neighbor had posted a link to an SC Featured series from ESPN’s Sports Center titled “How Baseball Seems to Heal.” The segment was not even seven minutes long, but the impact is still ringing in Barrett’s head days later.
The segment dealt with the impact a father and son have while playing catch. It is something that Charlie Barrett did with all five of his children.
And it was the final message he gave to his father as his casket was tucked away leaving Immaculate Conception Church in Clarksburg. Robert Barrett, as any good base coach would do, gave his father signs before shutting his door. He was sending him home for the final time, and with the departure came a flood of memories that continue.
“Looking back, you’re out in the front yard and you played catch at that time to have fun. Now, you understand the importance of playing catch and even though we hadn’t played catch in years, you look back with your father gone and realize you can’t do it anymore,” said Barrett. “I realized how powerful those moments were. I wanted to do it just one more time; just one more.”
The segment, however, did not just talk about catch. It talked about one father’s battle with grief as his son, who loved baseball and was intimately involved in the game with his father in the same manner Robert Barrett had been with his, was trying to stare down the despair 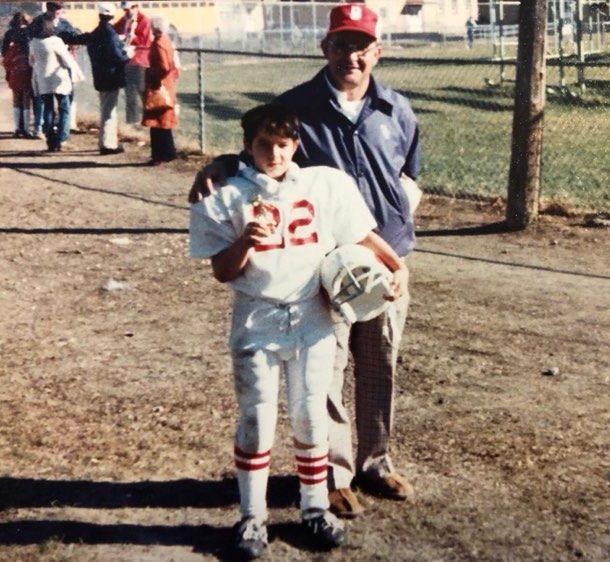 when his 16-year-old son was killed in a car accident.
The father, struggling through grief, wanted to play catch again. As he continued to struggle, he produced an idea to play catch with others – initially seeking out those dealing with grief and wanting to do it every single day. He went on social media and pitched his proposal – the response was overwhelming.
Not only did this father get to play catch with people of all walks of life dealing with struggles, but he also talked with them, walked with them, and even just played catch with family members or those who were okay in their daily dealings.
Barrett, the father to daughters Olivia, 20, and Aubrey, 16, wants to mimic that. Although it is a reverse situation in which he will be seeking to help others while helping overcome the loss of his father as opposed to a child, the process of recovery is the same.
“I think this will help me if I can help others dealing with grief because a lot of people don’t want to talk about it. I know I didn’t at first 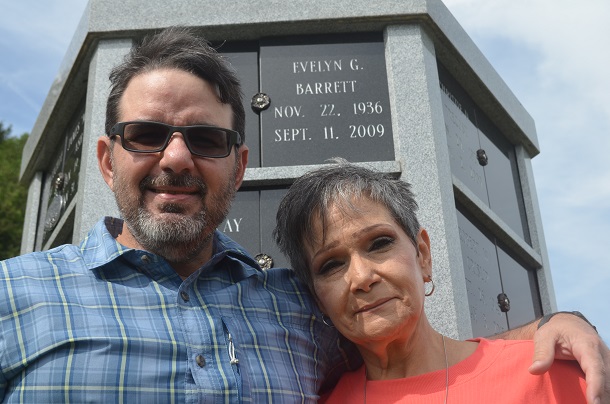 because I didn’t know if people cared, but you have to get that emotion out,” said Barrett, who works for the Social Security Administration. “This is a way to do that. If it is through playing catch, anything baseball related or anything not related to baseball from talking, chopping wood, having a quick picnic or sit-down session, then I’m here for that.”
Barrett said he will make time. He is stepping down this year in his role with the Cubs but is not stepping away from his love for the game. That is to engrained thanks to his father.
“It just boils down wishing I had the chance to play catch with my father again … Just one more game of catch,” said Barrett. “It could be that simple.”
Maybe it is that simple. Perhaps it can help bring a simple solution to the complicated nature of grief.
If you are interested in playing catch, taking a walk, having a conversation with Robert, you can reach him a couple of ways. You can visit him on his Facebook page and reach out on Messenger or email him at rbarrcubs@yahoo.com. And do not worry, he has an extra glove for anyone needing one.
Editor's Note: Top photo shows Carlos "Charlie" Barrett, while the second photo shows a young Robert Barrett after a Bridgeport Youth Football game spending time with his father. In the third photo, Little League Coach Barrett, back row far left, teams up with his friend, the late Bob Reep, in this youth baseball photo. Below, Robert is shown with his sister Mary (Polly) at the Bridgeport Cemetery where his mother is laid to rest and his father's name will soon be etched beside hers.