By Jeff Toquinto on April 03, 2021 from ToquiNotes

It will be Sunday less than 24 hours from now for anyone reading this blog the day it is published. Actually, it will be Easter Sunday.
For those who get behind the pulpit, it is usually a big day. Pastor Mike Hopkins of the Simpson Creek Baptist Church is certainly not an exception.
For Hopkins, however, it should be a bigger day. In reality, for anyone who has had the pleasure to deal with him on any front, the day should definitely be much bigger. 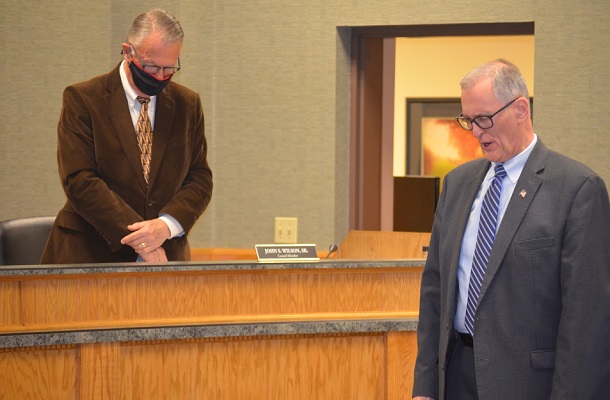 On Sunday, when Hopkins brings his faith to deliver an Easter Sunday message with a booming voice fit for Hollywood narration, it will be another special day. On Sunday, Pastor Mike Hopkins will celebrate his 30th year with the church.
About the only person who does not want to make a big deal of it is Hopkins himself. I only learned about his milestone anniversary talking to him prior to a recent Bridgeport City Council meeting where he led the group in prayer and in the Pledge of Allegiance. I may be imagining things, but he seemed somewhat surprised I actually followed through on my promise to call him about the anniversary, which he initially laughed off.
“To be honest, I’m not big on those dates involving anniversaries. The church has been kind enough to celebrate my fifth and 20th with big banquets on my anniversaries, and also on my 25th. I’ve told them the next banquet will have to be at my funeral and we’ll take it from 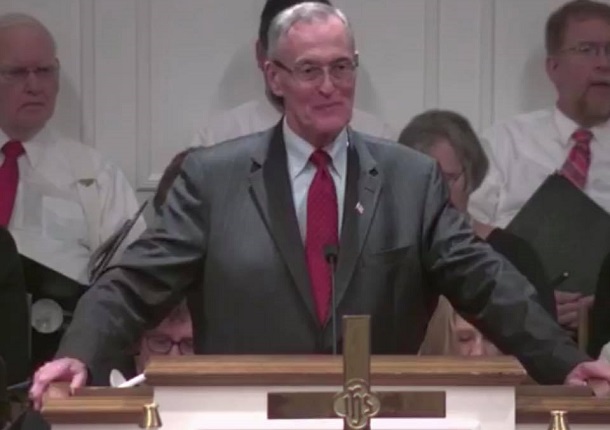 there,” said Hopkins with a hearty laugh. “In a sense, the anniversary is special, but it’s another Sunday. I’m not demeaning the service in any way, but I don’t like calling attention to myself. At the same time, people have been kind and loving in the past to call attention to these anniversaries.”
Thirty years probably did not seem like the flavor of the day when Hopkins arrived from Roanoke, Va., in 1991. After all, this was the fourth church Hopkins had pastored and it was the first – and looks like it will be the last – in West Virginia.
“Some may find it odd that this is the only church from West Virginia where I’ve served as pastor since I’m from Parkersburg,” said Hopkins.
How did he get here?
“I was contacted by the church and so I came and was interviewed,” said Hopkins.
The interview must have proceeded well. Thirty years later and he is still doing his thing, and he has enjoyed every minute of it.
“It’s been a good experience. I love West Virginia, the mountains and who we are as a state. It’s a wonderful state and it’s been a 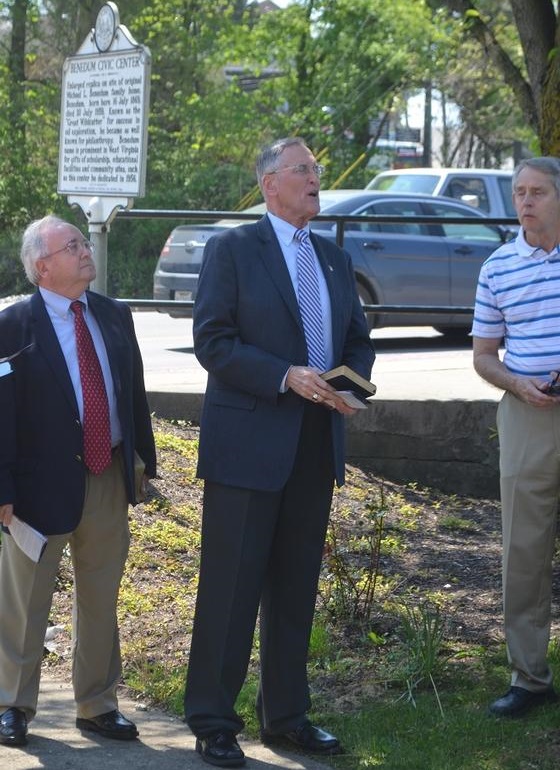 wonderful life in West Virginia and in Bridgeport,” said Hopkins. “We have a wonderful church family. There are no major problems … amidst a congregation of professionals, blue collar workers, white collar workers, doctors, lawyers, young and old. We have them all.”
During his 30 years, Hopkins has witnessed the church grow. The growth primarily is from new additions. The congregation remains large, but he said it has not grown by leaps and bounds.
“It’s approximately the same, which I think is a reflection of people moving in and moving out. Certainly, with the pandemic attendance numbers are down, but on a good Sunday, in normal times, you will see 400 people at a service,” said Hopkins.
What they hear is a traditional “Bible conservative” church. He said the church is very much rooted in conservative interpretations. He said his own preaching has been shaped, in part, by the community.
“I suppose many pastors would answer a question about the style and content of preaching and teaching that it is somewhat a reflection of the lives of the people of the church. Any good pastor knows of their people; where they work, go to school, they know about their families,” said Hopkins. “That is an influence, as is the larger community.”
Hopkins says he is not away very much but is still a member of a team. He is part of a three-pastor unit, but added he is “generally in the pulpit.” The includes services on Sundays and Wednesdays along with the other duties at and away from the church.
“I can’t count the number of services during the last 30 years but know I have done hundreds of funeral and a couple of hundred weddings. That would be typical for someone who has been here as long as I have been here,” said Hopkins. “… I deeply enjoy the teaching and preaching; it’s the fun part. The nuts and bolts of church administration, budgetary considerations, all of those things play a role 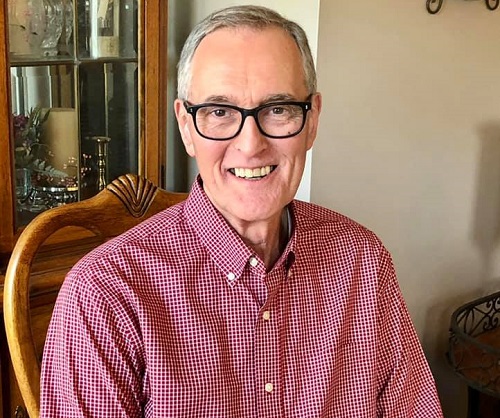 as how I’ve developed, but my identity – and any preacher would say it – comes from teaching and preaching and interacting with the people.”
The third decade of developing that identity begins Sunday. Most people know him intimately from recent encounters and some have known him for 30 years. He said he never felt like a stranger.
“Before I came here, my predecessor Jim Lutz asked me to do a series of teaching sessions, so some knew who I was when I had my first service 30 years ago, so it wasn’t as if I was brand new to everyone,” said Hopkins. “As for the first service, I don’t recall anything other than the service had the chairman of the search committee and the chair of the deacons in attendance. I guess when you have been around as long as I have you don’t remember things a clearly as you used to.”
For Mike Hopkins, that is okay. Those who have encountered his kindness, his spiritual helps, his grace, and decency will always remember him from anytime during the past 30 years and perhaps anytime during the next 30 years.
Congratulations Pastor Hopkins. Know you have made, and will continue to make, a difference in Bridgeport and beyond.
Editor's Note: Top photo shows Pastor Mike Hopkins delivering the invocation prior to Council's meeting March 21, while he's shown at the pulpit in the second photo. In the third photo is Pastor Mike at National Day of Prayer in 2015, while he's shown in a portrait shot below. Bottom three photos courtesy of Mike Hopkins.