ToquiNotes: The Closure of One of Harrison County's Oldest Businesses and its Impact on Most Vulnerable

By Jeff Toquinto on January 16, 2021 from ToquiNotes

The sign was depressing, even though it was not there the following day. It was not anything fancy; rather it was simple.
There was nothing new about what was on the sign. Barring something highly unusual for those lacking access to information, everyone who read the sign already knew what was on it.
It was, unfortunately, a reminder. It was a reminder that Kroger in downtown Clarksburg would be closing permanently January 19 as a new store opens Jan. 20 at Eastpointe. If you missed that sign taped to the door leading into the building, there was still one informing you 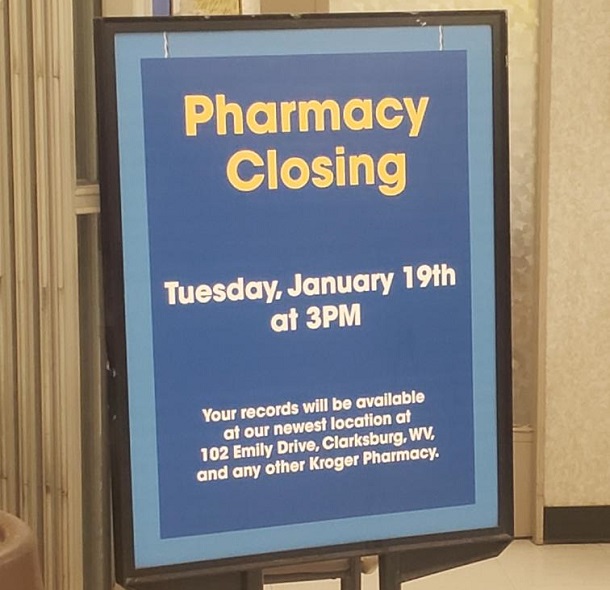 of the closure in front of the pharmacy.
After decades in business, although many debate the actual date it opened it has been there for a long time (and for points of this blog, how long is moot), the doors are closing for good. This store’s closing is a reminder of just how fragile things are on the retail front.
It should also be noted as far as purposes of this blog, issues with the store being profitable is moot as well. Although I would find it hard to believe it is not profitable, it may not be profitable to the level of the corporate branch of Kroger. It does not matter because the decision has already been made.
And finally, something else irrelevant to the purpose of this blog is the issue of concerns with homeless individuals or the “backpackers” that are often seen near and in the store in the past few years, which has regressed with a much more noticeable police presence inside and outside the store. This is not about them or any potential impact their presence may have had on the closing. Please save that for another day, another debate.
This is about impact to a community. It is about impact to a neighboring community.
I bring this up on this forum for a few reasons. For me, in an interest of disclosure, it is personal. I stop there regularly and was a more regular customer pre-COVID-19.
Second, I bring it up because for folks in downtown Clarksburg it may soon be facing a situation that many in Bridgeport faced until Shop ‘ 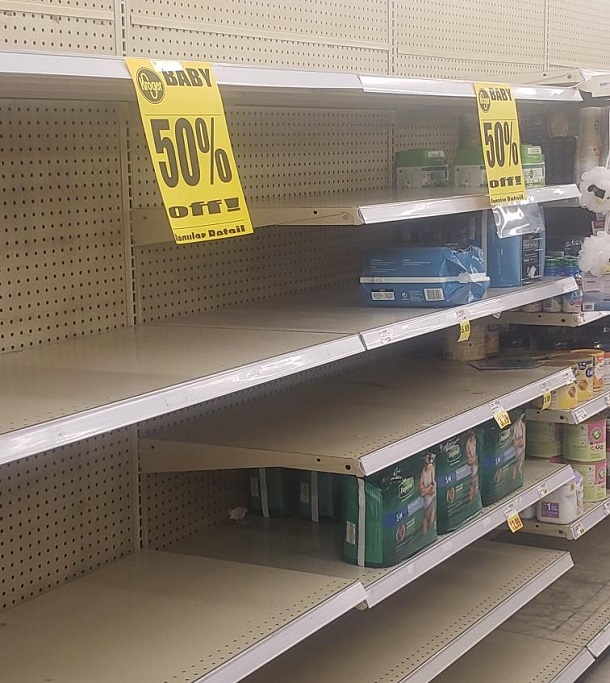 n Save, now Price Cutter, opened its doors a few years ago. Although the variables are different, there is the aforementioned impact.
First and foremost, the store, and so many of its employees, are a cornerstone of the community. That is hard to replace.
Second, and perhaps more important, it serves a section of the Clarksburg community that walks to get their groceries. They are primarily lower income individuals or elderly. No, I have not done a formal poll to determine that. I have simply used my eyes for decades.

Where residents in Bridgeport, many of them elderly, were desperate for a store within their own city limits to avoid the sometimes-nightmarish traffic situation entering Eastpointe and got it with Price Cutter, many elderly and low-income Clarksburg folks are going to be desperate for a location as well. And while options exist, they do not particularly serve low-income and elderly individuals well.
There is a Price Cutter in the Adamston section of town. Walking there and back with a full load of groceries is not feasible. For those who point to on-line options available that may or may not exist, or having Uber or a cab pick someone up, please note many do not have the resources or the ability to utilize the technology to make that happen. Many also do not have the money to use the technology if they understand it because they cannot afford a computer or a smart phone. On top of that, they may not have the money to be ferried back and forth to locations for their groceries.
Throw in the pandemic, and there are people that will be even more impacted by the situation.
Clarksburg Vice Mayor James “Jimmy” Marino said the city is aware of the problem and will try to find something to locate in the building soon to be vacated. Cities typically do not do marketing and, in most cases, should not. Their goal is to make an environment suitable for developers to bring in business and when contacted let them know what sites are available and developers and property owners that can assist.
That said, Clarksburg is doing the right thing – but it will be formidable, and it has nothing to do with the issues discussed above. Back in the days when Randy Spellman was Bridgeport’s Community Development Director and it was the pre-Price Cutter and post Save-A-Lot at the former Valley Hills Plaza era, Bridgeport knew what its residents wanted in the terms of a city grocery store and made the calls.
With plenty of land along ripe roadways set for development and what seemed like an easy task, they found no interest – the same thing the developers of White Oaks and Charles Pointe told the media when asked about the community wanting a grocery store.
In the end it was a developer that came to Bridgeport’s site at the intersection of Main Street and Route 131 and built a grocery store. It did not happen because the city picked up the phone and said, “come on down.” The biggest misconception I see on our Web site when it comes to new business are statements “the city needs to bring in” and you can put in whatever business you want after that because I have seen them all.
If the city, or for that matter the folks at Charles Pointe and White Oaks or anywhere else, could land a grocery store, it would have already happened. Development is not easy. If you think it is, those two developers will be glad to sell you a parcel of land for several million dollars and good luck trying to get the retailer of your dreams to come to town.
Even if it turns out to be an exercise in futility, Clarksburg does need to take steps to see if there is interest in what is about to be the former Kroger building. Knowing what they know, they have no choice. If it does not work, there is no shame in trying to help those who need it most.
Perhaps there are lessons to be learned, particularly as the economy struggles on the retail front during the ongoing pandemic. Nothing is sacred – not in Clarksburg, Bridgeport or anywhere else – no matter how long it has been in business or how good it seems to be doing.
It can change and change instantly. Let us all hope our friends in Clarksburg find a solution to a situation that hurts those who can least afford it. Let us hope these situations remain the exception and not the rule.