ToquiNotes: Time to Join Battle of Hunter Mann as He Stares Down Leukemia with Community Behind Him

By Jeff Toquinto on January 25, 2020 from ToquiNotes

I don’t know exactly how I got to know Mike Mann. Considering the athletic backgrounds of the kids he and his wife Debbie have raised, I’m pretty sure it was on the athletic fields.
What I do know is Mike is always smiling. He’s always got a kind or funny word to share, even it was to insult my brother-in-law Rocky Romano in front of me when the two used to work together. Chances are still good today Mike may still be smiling, but chances are also 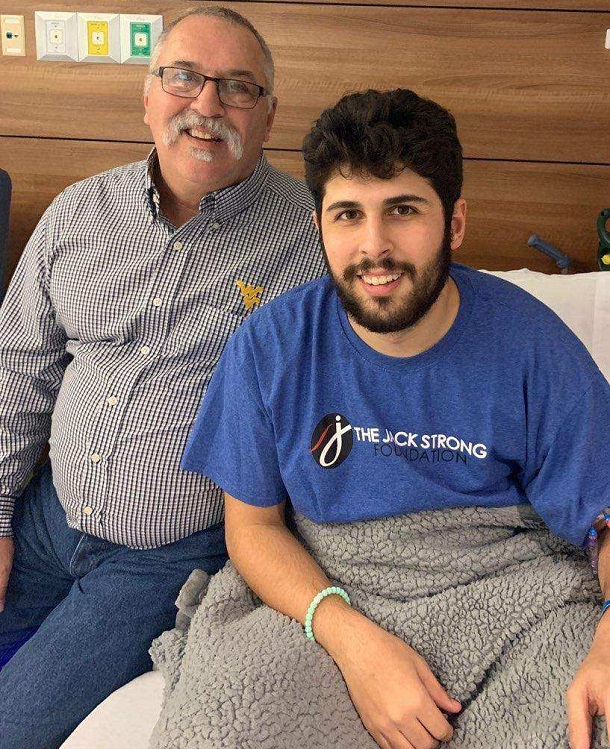 good it’s not coming as easy.
There’s a good reason for that. Not long ago, on Jan. 17, the lives of Mike Mann, his wife Debbie and their children were turned upside down. It was last week when Mike learned his youngest child Hunter had leukemia.
Let me state the obvious here. Cancer sucks.
Let me state what anyone who’s been in a situation involving cancer (and most of us have been in this situation sadly) also knows. The Mann family needs your help.
What Mike Mann is asking very publicly for are prayers. The Mann family is one of faith and they’re going to lean hard on that faith in the months ahead. Through prayer you can join that battle. Through prayer, you can easily help take on some of the burden Hunter Mann and his family and friends will be carrying.
If you don’t pray, I’m sure the family would appreciate positive thoughts or any love you can throw their way. It’s already happening and let me assure you the Mann family feels it. 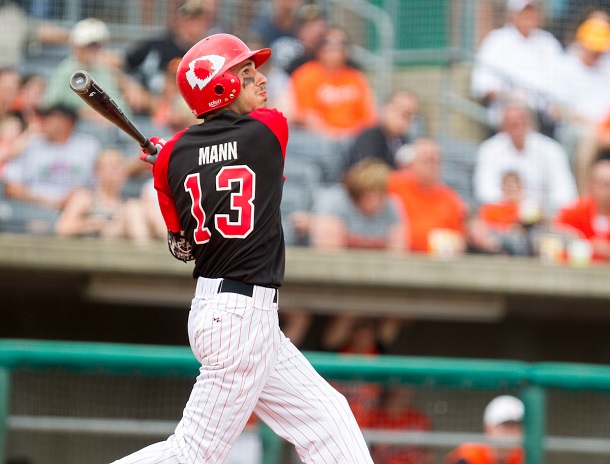 “We’re blown away. We’ve gotten so much support. Typically, when you’re sitting in the hospital in a situation like this, you’re looking at the wall,” said Mike Mann. “Instead, Debbie and I need to have our phones on charge all the time because of all the messages of support, people letting us know they’re praying for us and that they are there for Hunter, that just keep coming.
“We knew this community was supportive in times of need, but this is amazing,” he continued. “The collective community, in particular the Bridgeport and Clarksburg communities and beyond, has just been unbelievable.”
The community Mike Mann grew up in has been amazing as well. A long-time friend, Gary Hall, did something as well that was needed. Anyone who has had to deal with a situation involving long-term medical care needs it. 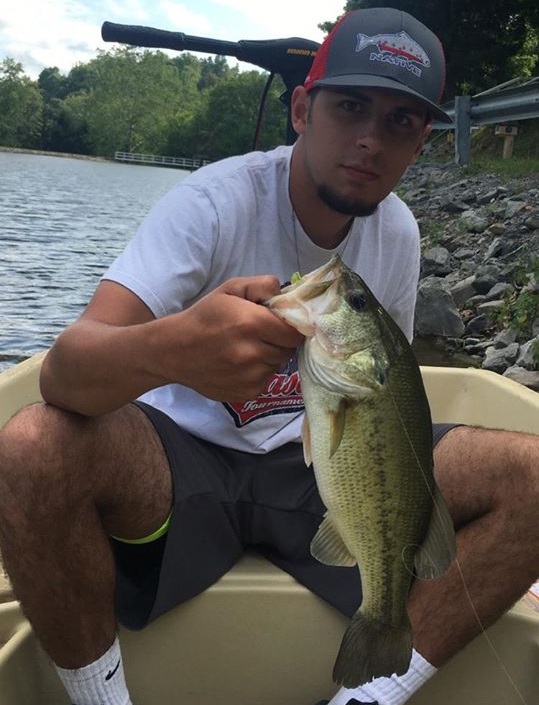 “Our friends from Pennsylvania have reached out,” said Mann. “It’s humbling to see this support, and it’s helping us in ways we didn’t expect.”
The Mann family will need financial support as no matter what insurance covers, there will be financial hardships. It’s another sinister card that cancer plays as Hunter is looking at months of a battle in Morgantown.
It’s here where his Hall has made a big difference from the Keystone State. He made a difference that will allow you to help slap cancer in the face. This is where you can also help the family’s burden of worry and remove some of it.
Hall set up a GoFundMe account. You can donate by clicking HERE. The initial goal? It was set at $10,000. That was blown away in less than 22 hours.
Just because that initial goal has been reached doesn’t mean you shouldn’t help. Besides, Mike Mann said the donation page and what happened touched the hearts of the entire family. If you’ve thought about donating, understand it’s helping them financially and emotionally.
“You see that, and you get hope. There are people donating from all over; even some we don’t know or never met. As much hatred as there is in this world anymore, it goes to show how much love is still out there,” said Mann.
Remember, no amount is too large or too small. It will help the family continue to know the community cares and that they are loved. It’s a blanket of comfort they should be able to carry with them as they move forward.
Honestly, the Mann family is hard not to love. As noted above, they are good people, fun to be around and it’s been handed down to the offspring of Mike and Debbie. Not surprisingly, Mike Mann said Hunter has kept his spirits strong. 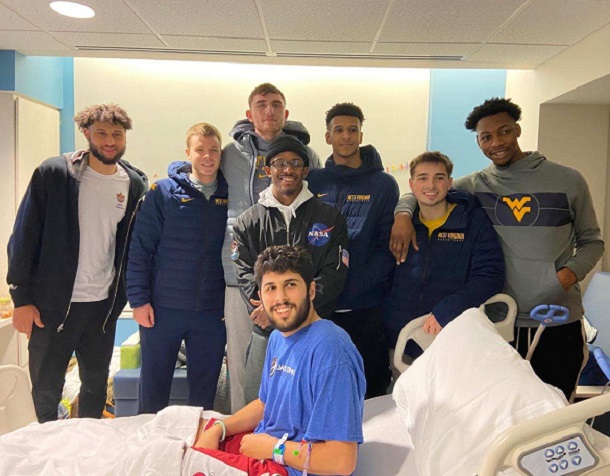 “Honestly, he hasn’t waivered in the face of this and his been a trooper,” said Mike. “He’s been taken aback by the kindness, particularly when the Mountaineer basketball team came to visit.”
The visit included one of Hunter Mann’s personal friends, Jalen Bridges. Bridges is a redshirt freshman on this year’s squad and made sure to bring a pack of the Mountaineers with him.
“That smile on his face; what an uplifting experience and we’re so thankful for Jalen and his teammates. I came down the hall and saw eight players there and was just floored because I knew a gesture like that was going to be a big deal,” said Mann “Hunter lives and dies with those Mountaineers. That was unbelievable to see him interact and talk with everyone.”
Although I haven’t talked to Hunter in a while, when the news was broken to me about the situation, I immediately flashed back to 2015. It was Hunter Mann’s senior year at Bridgeport High School, and he was one of many talented players Robert Shields had on what would turn out to be the second of six-straight Class AA state championships.
That flashback went to the Indians’ Class AA semifinal game that year when Hunter Mann started a rally against PikeView when the Indians trailed 7-6. The rally he started was part of an 11-run inning and an ultimate 17-7 victory that put the Tribe back into the title game. 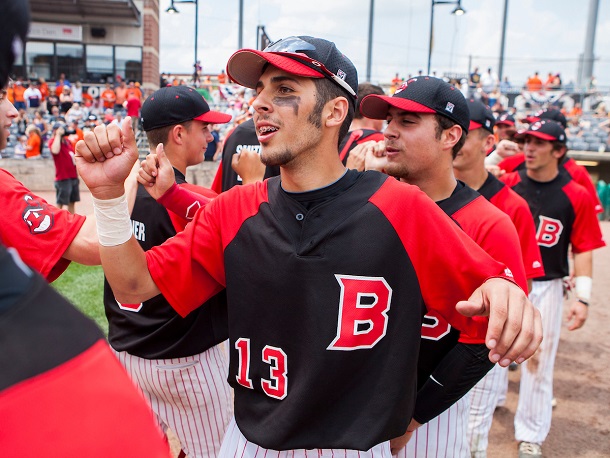 “Hunter was a great outfielder and a great baserunner and was so important in that championship drive that year,” said BHS baseball Coach Robert Shields. “Every team we’ve had that’s been successful has that player that gets on base when you need them to or will get that bunt down when you need them to. Hunter was the guy on that team. He was the guy you could depend on.”
That didn’t change, said Shields, when he left the program. Hunter Mann was still the guy you could depend on. In fact, it was the entire family.
“He and his brother Corey and (his stepbrother) Josh Zontek were always helpful and their parents Mike and Debbie were always at the field helping out,” said Shields. “Whatever needed to be done got done when those kids were playing because that’s the type of family they were. If you needed help, they gave it.  Heck, Hunter and Corey are still helping out.”
Shields said after Hunter left high school – during his time playing for West Virginia Wesleyan and after he left there – he would always help. Shields said many times he would get help without having to request it.
“If I needed some help at the McDonald’s tournament I would get in touch with Hunter and he and Corey would come down at the drop of a hat. In recent years, Hunter would call and ask if there was anything he could do,” said Shields. “He’d cut the grass or do just about anything.  You want to know what type of young man he is, that explains it. He’s a giving young man.”
The relationship Shields has with the Mann family and Hunter goes beyond baseball. Shields said he’s close friends with his nephew and, because of that, found out very early about the early diagnosis.
“It was gut-wrenching,” said Shields. “There’s no good time to hear about that, but to hear it early in the morning led to it just weighing on your mind.  To be honest, it hasn’t left my mind because he’s just a good young man and he could use a little bit of help right now.”
It was here where Shields talked exactly what is listed above. He said they could use prayer; they could use good vibes and some assistance on the financial front.
“We don’t know how long he’ll be battling this, but it’s going to be a long battle,” said Shields. “I have faith this community will step up and assist. This community and the surrounding communities always do and that will help lift Hunter’s spirit
“You know, Hunter already has a great spirit. He a jovial person and the type that has the demeanor with the grit needed to get through this,” Shields continued. “He’ll find a way to find a positive light this negative cloud. In the end, he’ll turn this into a positive because he’s always the type of guy to get things done.”
Now it’s our turn to get things done. It’s time, if you haven’t already, to join the fight with Hunter and let him know – let his family know – the battle has been joined and continues to be joined. Donate if you can, but everyone can pray. If prayer isn’t your thing, good vibes and positive thoughts work too. The Mann family would like for that to continue.
“God is great. The more prayers we can get the better,” said Mike. “Prayers make a difference.  We know that because they already have made a difference.”
Much love and peace to the Mann family and their friends. Go ahead and deal with Hunter’s situation head on. The community has got your back.
Editor's Note: Top photo shows Hunter Mann with his father Mike at Ruby Memorial, while he's shown getting a hit in the state tournament in 2015 in the seconod photo. In the third photo (from 2017), Mann is shown with a pretty good catch. In the fourth photo, the  WVU men's basketball team made a visit last Sunday to Mann's room in Morgantown. He's shown below in the 2015 state tournament at Appalachian Power Park. Baseball photos by www.benqueenphotography.com; other photos courtesy of the Mann family.