By Jeff Toquinto on September 14, 2019 from ToquiNotes

Bridgeport Mayor Andy Lang remembers it quite well. It was among one of the first things he did when he was elected to office.
There were issues with roads. There were issues the city couldn’t deal with, and not because they didn’t want to deal with them.
Rather, the issues Lang knew were most pressing among many in the city involved state roads. The problems on those roads were some the city simply didn’t have the financial resources to address nor the authority.
“Two years ago, when I was first elected mayor, (City Engineer) Beth Fox and I got together and that was one thing her and I, along with (former City Manager) Kim Haws and I tackled. We wanted to get a letter to the Division of Highways concerning our top five issues with 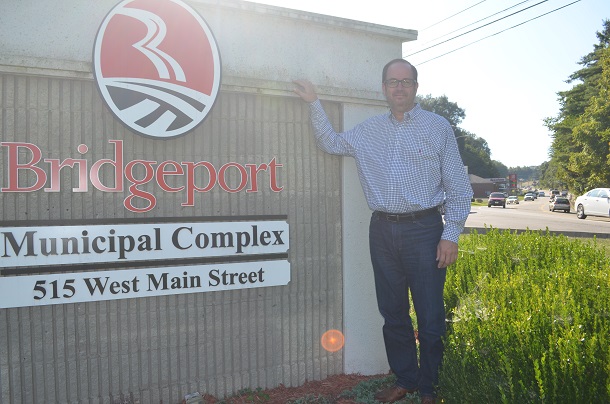 state roads that pass through the city,” said Lang.
The letter was drafted. The letter was approved by Council. The letter was sent to Charleston with the five areas of concerns.
Most won’t be surprised to know drainage issues coming down U.S. Route 50 was one. Folks won’t be surprised to know the entrance to Platinum Drive and Emily Drive off Route 50 was another.
The other three were a little more localized, but problematic, nonetheless. There are major issues with Route 131 and the future traffic the Bridgeport Indoor Sports and Recreation Complex will bring. There were issues along Brushy Ford with the new homes and development in that direction.
And finally, there was Barnett Run Road. That road issue was more to allow for the development of a new corridor to go from where it 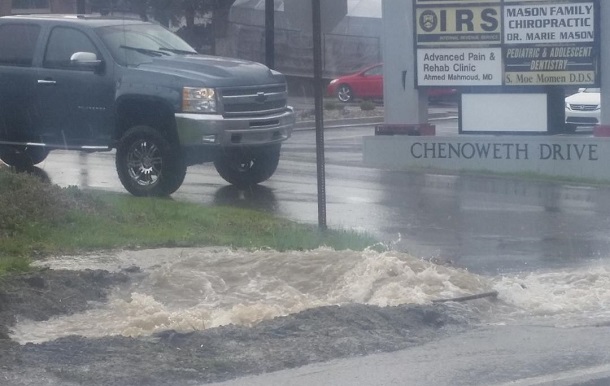 starts below the Meadowbrook Mall and would end – if developed – near United Hospital Center and State Route 279.
What happened?
“We haven’t really gotten any traction,” said Lang. “We went and visited the Division of Highways (in Charleston) and since that time a couple of years ago there have been changes there and locally, but we’re still meeting with them locally. As for Charleston, we plan to talk again to Highway officials soon to check on the status of the projects.”
Lang said that in fairness to the DOH there has been some movement on one project, even if there’s not been any official project to address the five issues sent to Charleston two years ago. As it turns out, it’s probably the most pressing and the one that creates the biggest issues noticed by the community.
The project is the drainage coming down U.S. Route 50. You don’t need to be an engineer to know there are problems with the drainage any time there is a significant rainfall. You also don’t need to be an engineer to know a massive rainfall is going to cause flooding of businesses and anything else from near the entrance to the Home Depot Plaza to the bottom of hill by the old Ace Hardware. 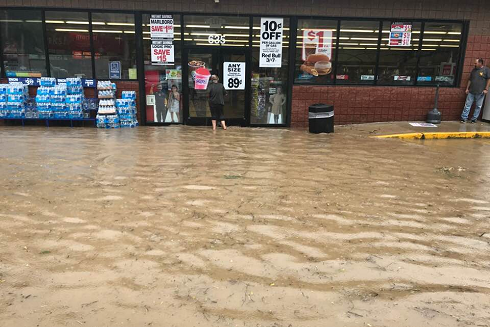 “The Division of Highways has done a water study, or a hydrological study, on Bridgeport Hill to try and identify the problems as it relates to drainage. They had to determine how much water comes off the area during a storm event onto Route 50 and they’ve done that,” said Lang.
While that’s done, Lang said he’s not sure what’s next.
“If they’ve put what they’ve done with the study into plans, we’ve heard nothing about it yet,” said Lang. “It would be pretty clear they would contact us if moving forward. Not that they’re not going to, but it’s been silent for a while now.”
Lang isn’t frustrated as much as he is concerned that the projects submitted to Charleston weren’t done for show. They were real issues on state roads that he knows need addressed. What to do next could be determined in the next few months – and part of that could eventually involve you.
“I don’t think we need citizens to start contacting people in Charleston or their elected officials in Charleston just yet. Government works fine and slow a lot of the time, but they’re starting that effort of putting a list of projects together for next year,” said Lang. “We’re hoping our efforts in 2018 and 2019 to push our projects onto a list and near the top of a list.”
And if not?
“If we don’t get something on the list, I think we’ll start falling back and hope to get others involved and trying to help us meet those endeavors and that includes the public,” said Lang. “Sometimes you have to make noise, but we hope that won’t be the case.”
Editor's Note: Top photo shows Mayor Andy Lang with U.S. Route 50 in the background where one of the major issues has yet to be addressed by the state. The bottom two photos show issues with the culverts being overburdened and the resulting flooding as a result of sudden downpours.