ToquiNotes: With 2022 at Hand, a Look at What May be on Way to City with Anticipated Arrival of Menards

By Jeff Toquinto on January 08, 2022 from ToquiNotes

If 2022 brings us anything in the City of Bridgeport, a personal want is to see the start of Menards at the Charles Pointe development and in particular the Charles Pointe Crossing section of the development.
Once a permit is filed and ground is broken, questions of when it will start will end. In 2021, it was without a doubt the most frequently fielded question I took. Heck, it was a question I often asked city officials and those with Genesis Partners, the developers of Charles Pointe. 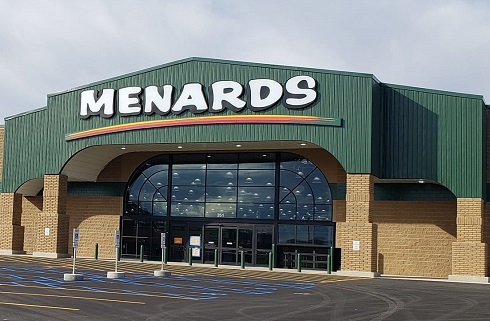 While 2022 appears to be the year (and I use appear due to the wild card that is still COVID), the other questions have already begun. In fact, yours truly wrote about what will be joining Menards at Charles Pointe Crossing.
For those who may not know, the site off Jerry Dove Drive that will house Menards is not a small one built specifically for Menards. Rather, it is a 160-acre site that will end up having 67 acres of land that can be developed. Of that total, 17 acres is set aside for Menards.
That leaves 50 acres of flat, easily accessible land immediately off Interstate 79. And let me assure you as soon as ground is broken – and probably as soon as a building permit is issued – interest in that land will go from casual to action.
As was the case the last time I wrote about what may be coming, there is no reason to call Genesis Partners to find out. They are mum, as well they should be. A seasoned developer never talks about who they are negotiating with until all the i’s are dotted, and all the t’s are crossed.
I have even in the past called officials at Menards to talk about what types of businesses typically cluster around them, fully expecting not to get an answer. I was politely rewarded with what I expected in a form of “no comment” by good people and, the last time, dealt with 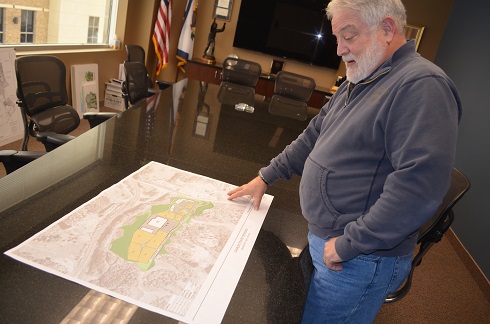 arguably the nastiest person I have ever dealt with on the phone looking to gather information.
I digress.
So, what could come to those other four-plus dozen acres at Charles Pointe Crossing? I honestly have no idea, but I did what any person does today to get at least an inkling. I went to the internet and found a few Menards and what was situated around them.
The good news? For those who like national establishments, there were plenty. For those who like the non-standard names that are likely local or regional in nature, they appeared to have them as well.
At the Menards in South Bend, Indiana, there was a T.J. Maxx, a Martin’s Supermarket, UPS Store, a Jimmy John’s, a Panda Express and dozens of other local businesses – including a car dealership – either directly within walking range or a quick drive by car.
At the Plaza North Shopping Center in Terre Haute, Indiana, there was much more of the same.  There was a Harbor Freight Tools; an American Freight Furniture, Mattress, Appliance; a Sonic; and countless other national and local establishments – including plenty on the food side.
Then there is the Menards at The Crossings at Northwest in St Ann, Mo. At the development or within the immediate vicinity there is a Value City Furniture, a Save A Lot grocery store, a Jack in the Box, a Waffle House, Raising Cane’s Chicken Fingers, a Rally’s, and dozens of other local and national businesses.
Understand completely many of the businesses mentioned are likely not looking to expand or are located in certain geographic regions that may not include West Virginia. And many others likely listed at these developments or others may have population density requirements that the Mountain State simply does not match.
Then again, Menards is a midwestern company that opted to break into the West Virginia market. Perhaps some of those listed above may join them.
Some of those businesses are already in West Virginia. Some, in fact, are not too far away.
Let me state, for the record, I am a huge – no, make that HUGE – fan of Sonic and Rally’s. Sonic is nearby in Morgantown, while Rally’s is listed as having locations in Huntington and Charleston. I would prefer one right out my office door.
What could be better than one of about a dozen great local pizzas, followed by a big fat burger from Sonic? Actually, there are plenty of good burgers to be had here locally I’ve indulged in, but there is just something about Sonic that gets me.
Again, I digress.
As noted, the national chains often set the stage for local entries. With Bridgeport and the region seeing more ethnic foods beyond Italian popping up, the location is ideal for many of those types of eateries. I’m certain the same will hold true with other type of commercial businesses that may locate at the development.
I am curious to hear what businesses you hope would be interested in considering coming to this new development or, as a result of their interest, look at going to another area in Bridgeport, Clarksburg, or North Central West Virginia? And if you want to bring it up, feel free, but Macy’s and Ruth’s Chris Steakhouse are not coming. Whole Foods needs more than 200,000 residents within 20 minutes so someone can do that math and contact them if feasible.
Regardless, I am hopeful 2022 is the year this project begins. I am also hopeful it draws additional business – including ones not listed – that benefit the city and draws more visitors to the region to benefit existing businesses as well.
Anyone else want a Sonic?
Editor's Note: Top photo shows the Menards in Westover while Genesis Partners' Rob Stuart is shown in a file photo going over the original plans for Charles Pointe Crossing.