For those wondering if Allegiant’s destination flights from Bridgeport are going to be in place to Myrtle Beach as well as Orlando, the short answer is yes. In fact, North Central West Virginia Airport Director Rick Rock said earlier this week Allegiant was resuming operations.
“The one we’re getting a lot of calls on is the Myrtle Beach flight. They are taking bookings with the first flight to Myrtle Beach due to resume June 5,” said Rock. 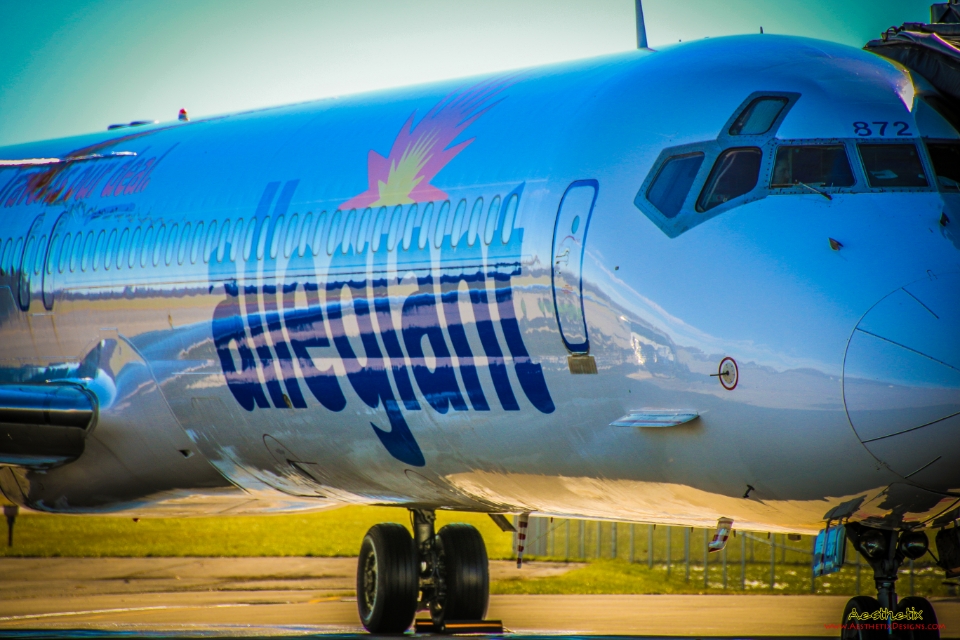 Allegiant, like many airlines, stopped operations considering the COVID-19 pandemic. However, Rock said a flight was booked this last Thursday at the North Central West Virginia Airport for Allegiant’s other highly popular destination – Orlando.
“They had a flight booked Thursday,” said Rock earlier this week. “They change status of flights every 12 hours, so we are requesting individuals booking flights that are set for this month as well as anytime during the pandemic to check Allegiant.com for the status of their flights.”
Rock said the number to call for both flights through Allegiant is 702-505-8888.
Deputy Director Shawn Long said the flight took place Thursday evening to officially resume the destination service. He said another flight is set for today. The Thursday flight had 22 passengers.
“We always get a lot of calls on Orlando, and we’re looking forward to resuming service with our flights,” said Rock.
The airports daily flight provider, United Express with flights to Washington, D.C., and Chicago, has not stopped flights. However, the numbers bottomed out in April with the first two weeks seeing only 21 total passengers on those daily flights.  Although Rock did not have exact numbers, he said passenger numbers have grown on the daily flights in and out of Bridgeport.
“TSA is reporting (passenger) processing is up. We’re starting to see a small uptick in passengers on our United flights and the industry overall is seeing a small uptick,” said Rock. 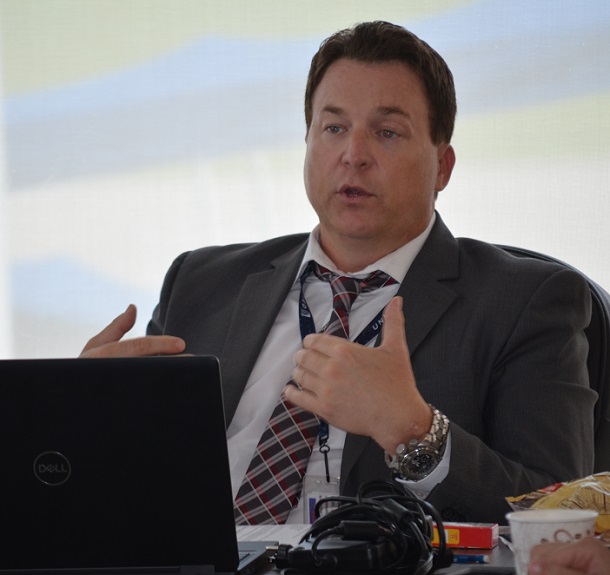 Rock said he expects that to continue. He said advanced bookings on the Allegiant and United flights have improved greatly over the last 30 days.
“With that happening, we’ve been working on and have been implementing our terminal processing plan,” said Rock.
The keys of the terminal plan involve allowing only ticketed passengers inside the building. Rock said all CDC guidelines will be maintained.
“We’re asking for people to use common sense, especially when it comes to social distancing,” said Rock. “We’ll be observing the flow charts in the terminal to make it the best way possible to limit contact, and there will be plenty of hand sanitizer available.”
While that may be hard to maintain once on an airplane, Rock said passengers will be provided a gift bag upon entering the aircraft. The bags will contain a mask, gloves, and sanitizer wipes. Rock is also encouraging people entering the terminal to wear masks. 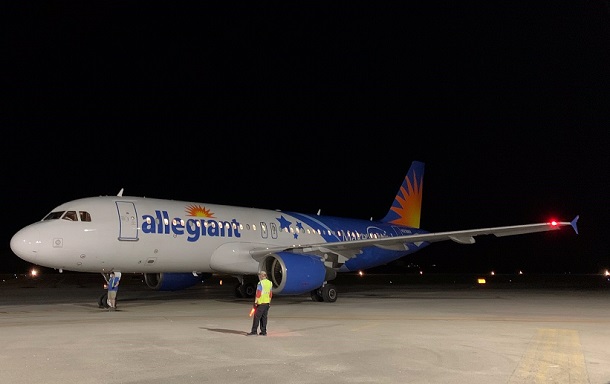 “These flights are there because the community supports and wants to use them, but we’re still going to see, for certain, a short-term impact,” said Rock. “What we can do at this point is make flights a pleasant and safe experience. Our job is to instill consumer confidence to utilize the flights. Ultimately, the passenger will make the decision on flying.”
Both the Allegiant flights to Myrtle Beach and the Orlando-Sanford International Airport run through mid-August, said Rock. Allegiant typically resumes flights after October to Orlando, but Rock is still hopeful to eliminate the break in service.
Editor's Note: Top photo shows an Allegiant flight at the NCWV Airport, while Director Rick Rock is shown in the middle. Thursday's first flight since activity was suspended is shown below in Bridgeport.