A Little Know-Howe: After Impressive Turnaround, Can WVU Get First Big 12, Road Win of Year at Kansas

What a difference a week makes.
A miserable performance against Missouri gave way to one of the more complete performances we have seen from a Mountaineer football team in years. Neal Brown pushed all of the right buttons with lineup changes and the players executed in all three phases of the game.
The offensive line performance was night and day compared to just a week ago. I realize Missouri’s defensive line is a step above North Carolina State’s (maybe two steps above), but that doesn’t change the fact that WVU dominated the line of scrimmage with three new 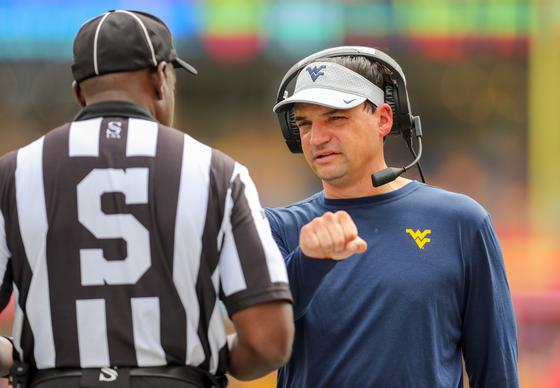 starters. Center Braison Mays and guards James Gmiter and John Hughes joined Colton McKivitz and Kelby Wickline to protect Austin Kendall and open the way for nearly 200 yards rushing.
Now the hard part…can that group find consistency and stack another good performance on top of what it did against NC State?
The game coming up today against Kansas is normally not one you worry about it you are a Mountaineer fan. WVU is 5-0 in the last five games in this series. The average margin of victory in those games: 26.6 points per game.
But, oddsmakers think this time will be much closer. WVU opened as a 4.5 point favorite. Kansas enters this one with a some surprising confidence of its own. 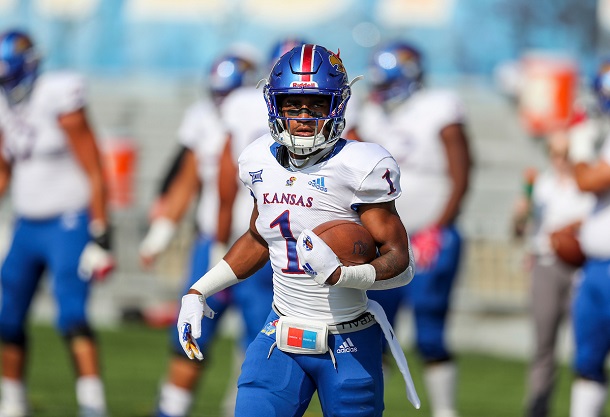 Just one week after losing at home to Coastal Carolina, 12-7, the Jayhawks went on the road to Boston College and won 48-24. That snapped an 11-year, 48-game losing streak on the road against Power Five teams.
The story in that one was Kansas’ ability to run the football. Khalil Herbert (yes, that Khalil Herbert. The one who ran for 291 yards vs WVU in 2017) and Pooka Williams combined for more than 300 yards rushing in the win over BC. Therein lies key number one for WVU. Can this Vic Koening defense slow down the Kansas running game?
In the second half last week against NC State, WVU allowed the Pack to gain just 25 yards on the ground while averaging only 1.7 yards per carry. NC State had entered the game averaging 250 yards per game rushing.
Special teams were again a bright spot for West Virginia. Logan Thimmons’ blocked punt in the second half was a huge momentum changer in the game. WVU now has a blocked punt and blocked field goal in the first three games of the season. Add in Josh Growden, the Australian punter, showing how valuable he can be with three punts inside the Wolfpack 10 yard line and you can see why when Neal Brown says “all three phases” he means it. 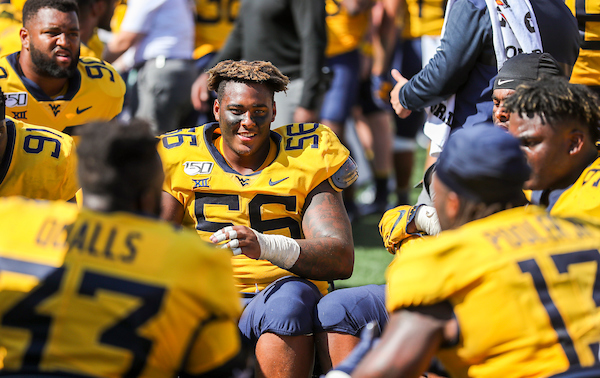 The win last Saturday has given this West Virginia program a much needed boost. Another opportunity awaits today.
Win this and the 3-1 start to the season is probably right where many Mountaineer fans thought this team would be even though it hasn’t always been pretty getting there.
A 1-0 start in Big 12 conference play would be a nice way to head into the bye week for WVU, especially given what awaits in October. But that discussion is for another day.
Enjoy the game today. 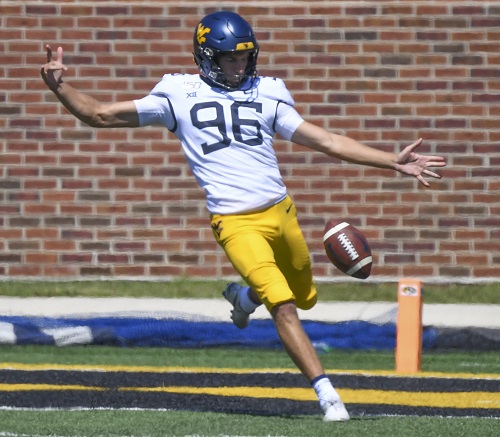 NOTE: For more on the WVU - Kansas game, I invite you to listen in to our nine and a half hours of gameday coverage on the Metronews Radio Network. I will be joined by Hoppy Kercheval, Greg Hunter, Kyle Wiggs, Dave Weekley and former Mountaineers, Rasheed Marshall and Reed Williams.
You can listen to our coverage beginning at 1pm on radio stations throughout the state or by streaming live at: WVMertronews.com
Find your local affiliate HERE.
Editor's Note: Top photo shows Neal Brown during last week's NC State game, while the second photo shows KU's Pooka Williams against WVU last year in Morgantown. Third  photo shows Fairmont Senior alum Darius Stills getting a breather toward the end of last week's win. Photos by Ben Queen of www.benqueenphotography.com. In the bottom picture, courtesy of WVU Sports Communications, Josh Growden punts the ball away.