The Women in the Profession Committee of the West Virginia State Bar recently sponsored an inaugural statewide contest for Law Day to celebrate the role of the law in our society, and to cultivate a deeper understanding of the legal profession.
The contest, which was open to all West Virginia high school, middle school, and elementary school students (including public, private, and homeschooled students), allowed contestants to submit either a poster or an essay or a social media post regarding one of the two contest 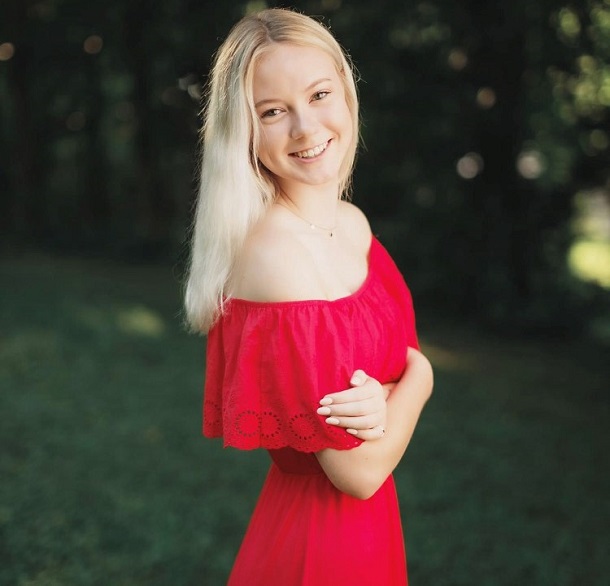 themes.  Those themes were:
“Your Vote, Your Voice, Our Democracy: the 19th Amendment at 100” and “Advancing the Rule of Law Now.”
Bridgeport High School Senior senior Rachel Morgan was awarded second place in the State for her submission celebrating the 100th anniversary of women attaining the right to vote. Because of her interest in graphic design, she elected to submit in the poster category.  She researched women who were influential in West Virginia’s suffrage movement, and found a photo of Marion County native Lenna Lowe Yost, which she used as the basis for her winning submission.
Morgan, who will be able to vote after she turns 18 later this year, learned she owes a debt for this right to Yost, who served as President of the West Virginia Equal Suffrage Association (WVESA) during the state woman suffrage referendum campaign of 1916 and as chairman of the WVESA Ratification Committee during the national amendment ratification campaign of 1920. Yost was at the time also the state president of the West Virginia Woman’s Christian Temperance Union, thus being the only woman in the nation to serve as both president of temperance and of the suffrage club at the same time. Remarkably, Yost also became the first woman to be appointed to the State Board of Education, and the first woman to chair the West Virginia Republican Party convention.
Morgan used her submission to spotlight Yost’s pivotal role in helping women gain the right to vote, and to express her gratitude.
Morgan will attend West Virginia University this fall as a Promise Scholar and recipient of a Scholarship of Distinction and the WVU Leadership Scholarship, studying Hospitality and Tourism Management in the John Chambers College of Business and Economics.
The awards ceremony on May 3, 2021 at noon is virtual and will be hosted by the WV Supreme Court, with Justices Jenkins, Walker, Hutchison, and Armstead participating.  The ceremony will be followed by a virtual tour of the courtroom by the justices.  If you want to attend, you must register for the event at https://courtswv.webex.com/courtswv/onstage/g.php?MTID=e39fee730704a0c4c3bbf38c356c51392 (Password: WVLawDay).
Click HERE for a list of all the winners.
Editor's Note: Shown above is Rachel Morgan, while her winning poster entry is below. 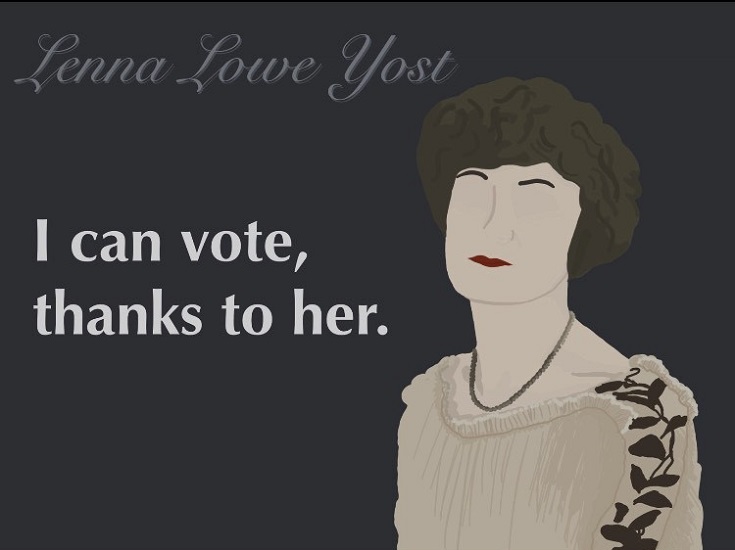