Two individuals proved to be better than the rest of the field in week 15 of the Dyer Group Playoff Payoff Pick’em football contest. One of those two, proved to be lucky as well.
Louis Aragona, who doubles as the executive director at the Clarksburg-Harrison Regional Housing Authority, led the way this week with a 23-5 record. Aragona needs to email his contact information (primarily a mailing address) to Ben Queen at ben@benqueenphotography.com.
Aragona has his choice of a gift certificate from Buffalo Wild Wings or a small cheesecake from Almost Heaven Desserts. The individual t 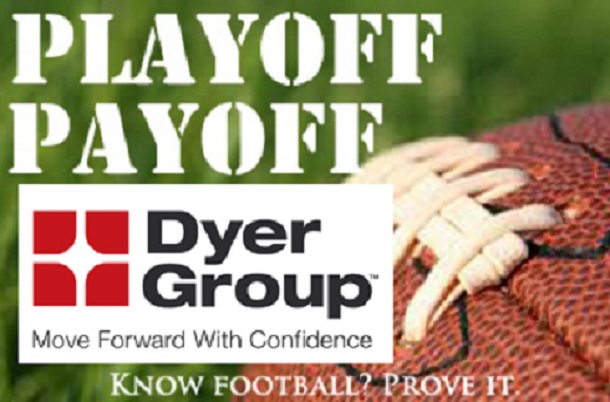 hat tied with him, Chris Bowman, also needs to email Queen his contact information. Bowman, who also had a solid week, will receive the prize not selected by Aragona.
The rest of the weekly top 25 consisted of two massive ties. All coming in tied for third with 22-6 marks were Pat Boyles, Chris Oliverio, Grant Burton, John Satterfield, Jeff Alastanos, Spencer Tyce, Joe Koreski, Brandon Price and Danny McCauley.
After that, the tie for the No. 12 spot closed things out. Timmy Thompson, Marcus Derosa, Jeremy Parker, Jason Hartman, Frank Cherubino, Eddie Huffman, Henry McDaniel, Aaron Williams, Tom Surock, Jeff Wright, Steven Hastings, Michael Mann, David Gillot, Michael Ferrari, Jason Jimmie, Lenora Montgomery, Patsy Sabatelli, and Frank Blake all went 21-7.
As the final weeks are at hand, frontrunner Jason Hartman may be building a lead to large for anyone to overcome in the overall standings. Hartman, a past champion, stands at 339-82. He’s trailed by the trio of Aaron Williams, Jimmy Stutler, and Clayce Spurlock at 329-92.
In fifth place is former champion Hugh Gainer at 328-93, while Jeff Muller is in sixth at 326-95. Three are tied for seventh as Patsy Sabatelli, Brian Martin and Aaron Mann come in at 325-96. Rounding out the top 10 is the trio of Louis Aragona, David Gillot, and Timmy 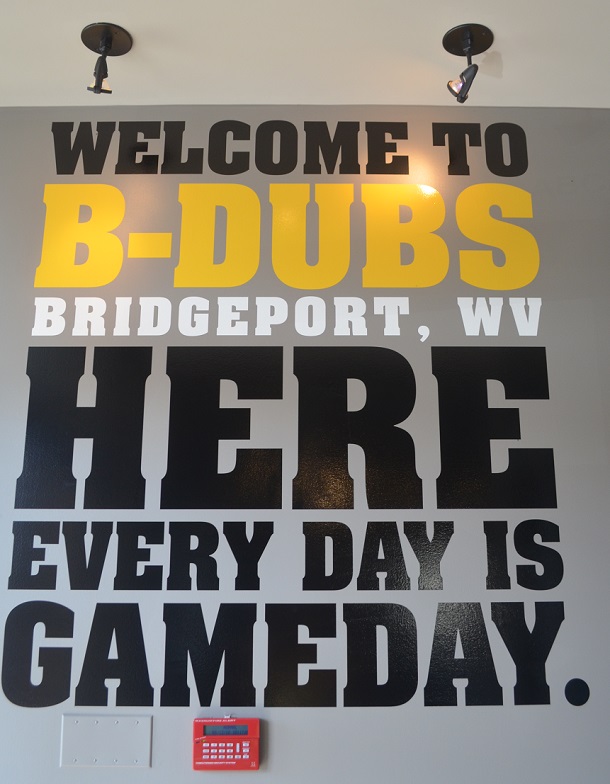 Thompson at 324-97.
Michael Mann is at No. 13 with a showing of 323-98 and Adam Holbert is at No. 14 at 322-99. Five members of the field are at No. 15 with Jason Jimmie, Anthony Maholic, James Burton II, Adam Starkey and Stacy Greely at 321-100.
Gary Romano and Michael Wilhelm both have 320-101 marks for the No. 20 spot. Rounding out the field tied for No. 22 are Chris Bowman, Pat Boyles, Scott Price, Amber Gaines, Michael Ferrari, and Kalie Kossar at 319-102.
Those are the frontrunners for the year-end prizes.
The prize packages are still being put together for the year. However, one of the top prizes include a $500 gift certificate from the Meadowbrook Mall. The top three pickers will be awarded prizes at the end of the contest, which usually goes into December. The overall winner has their choice of the three prizes, while the second-place winner will have their choice then of the final two remaining prizes.
What makes the Dyer Group Playoff Payoff competition unique is that once the contest is over you don’t necessarily know who the winner is even though you will see your weekly overall ranking and Connect-Bridgeport will post the weekly and overall top 25 throughout the contest. At the end of the year, everyone that competes has their two worst weeks dropped and then the winner is announced based on the highest winning percentage. 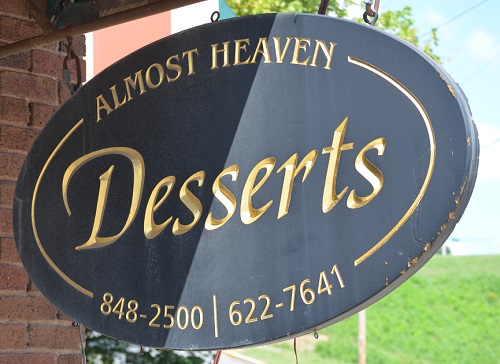 If you haven’t entered at this point, you won’t be able to win any of the grand prizes. However, you can still enter and be eligible for weekly prizes and bragging rights with friends.
If you are a registered member of Connect-Bridgeport's Web site, all you must do is make sure you're signed in and the click the Playoff Payoff icon on the home page that can be found by scrolling down to the left. If you're not registered, go to the top of the home page and register. It takes less than a minute.
Another unique aspect of the competition is that you can make changes to your picks leading up to games on Friday, Saturday and Sunday. Individuals can make their picks for Friday’s games and can change them until 6 p.m. Friday. Games that are listed on Saturday and Sunday can be entered and changed as many times as necessary until 11 a.m. each day of the picks.
Unfortunately, there are occasional schedule changes - usually on the prep football side - that staff does not catch; usually games moved to Thursday or a time change bumped up. There are also occasional mistakes with the proper teams playing each other. As has been the case in the past, each person will either be given a win for those games when there are schedule changes we miss or a mistake on our end or a or they will simply not be counted for the weekly and final standings.
You must use your actual name to compete. Nicknames or aliases will not be recognized for weekly or overall prizes.