Outside the Tribe: Reflections on Another Succesful Season; Things to Look for Next Year

By Chris Johnson on December 04, 2021 from Outside the Tribe 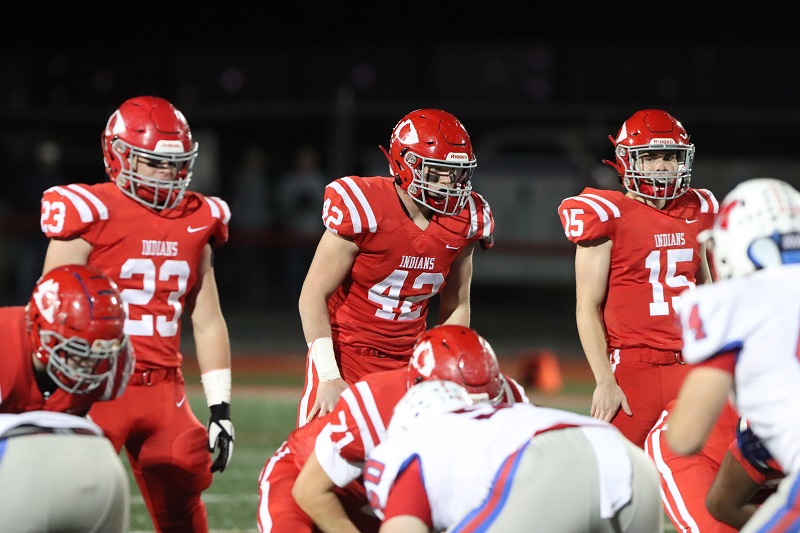 At the same time, former head coach and current assistant coach John Cole had a message for the freshmen, sophomores and juniors.
He told them he was proud of what they accomplished, how much they had progressed and how hard they played that night against the Bulldogs.
He also told them they haven’t accomplished a thing in 2022 yet.
In August, every team’s goal is to make it to Wheeling and the Super Six. The Indians have made it there (and won) more than most schools. They have also made it the state semifinals more than most schools and have now done so every year since 2010.
That doesn’t make semifinal losses any less painful. Bridgeport played well against Martinsburg. In fact, the Indians played them as well as anybody I have seen play them in the past decade.
When you are part of the second winningest program in the history of the state and holder of running state records for non-losing seasons and playoff appearances, you don’t settle for moral victories.
At the end of the day it was a loss and it’s one the coaching staff will learn from and use as motivation when offseason workouts start in January. 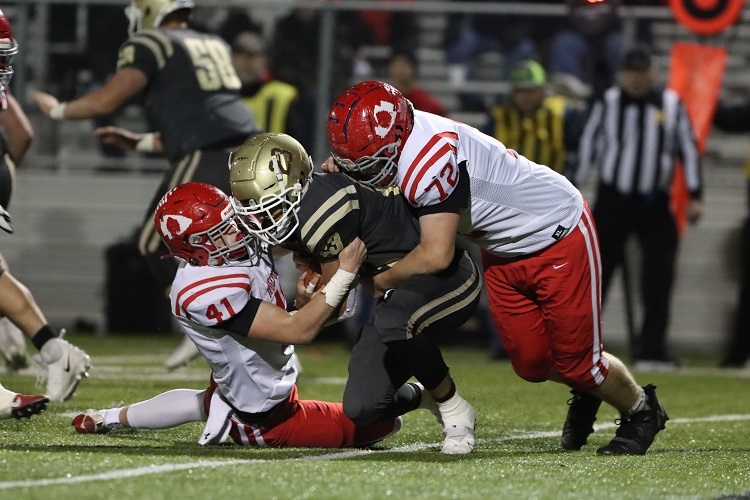 Not settling for just playing well in a loss however doesn’t mean there are plenty of things to look back on in the 100th year of BHS football and not be excited about.
As I sit in a hotel room in Wheeling, ready to put the finishing touches on my high school football season with the all-state meeting for which I am the chairman for and tabulating the final three batches of stats from the Super Six games for the WVSSAC, NFHS and playoff record books, I’ve been doing some reflecting on what was a tremendous season.
The Indians finished 12-1 and are now 20-2 since moving back up to Class AAA prior to the start of the 2020 season.
As far as first-year coaches go, Phares became the first to win 12 games in a season.
Cam Cole finishes his stellar career at No. 4 on the school’s all-time rushing yardage list at 3,197. The only players with more were Jake Bowen (4,406), Corey Wagner (3,583) and Dylan Tonkery (3,401).
Cole, who is a Kennedy Award candidate, also is now No. 5 on the all-time passing yardage list and No. 3 on the all-time scoring list, trailing only Bowen and Dante Bonamico.
This year Cole along with Landyn Reppert became the most prolific duo in school history as they both went over 1,500 yards. Cole finished with 1,548 on 155 attempts and 24 touchdowns, while Reppert edged him by 1 yard at 1,549 on 181 carries and he added 15 touchdowns.
Aidan Paulsen continued a trend of seniors playing at the varsity level for the first time and excelling as he ran for 627 yards, scored 10 touchdowns, posted 65 tackles from his safety spot and led the team in interceptions with four.
Tate Jordan, the only returning starter on the offensive line, emerged as one of the best in the state and is a candidate for the Stydahar Award, given annually to the state’s top interion lineman by the West Virginia Sports Writers Association 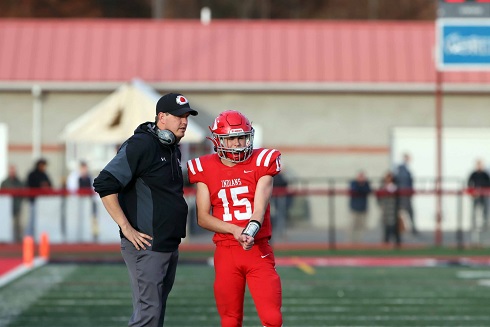 .
The Indians ran for 4,999 yards in 2021 which is the second-best total in school history. Their 43.7 points per game average is now the top number in school history.
In a 74-49 quarterfinal round victory against Jefferson, the Indians shattered numerous school and state records. Among them are new school marks for points in a game, rushing yards in a game by a player (Reppert with 318).
Their 690 rushing yards against the Cougars is the most in any preliminary round playoff game in state history regardless of class, as is their 707 total yards.
Predictions are usually not far behind reflections and I have a few of them.
After establishing himself as one of the hardest-hitting players in the state and the Indians’ leading tackler with 80, Charlie Brazier will be a candidate for the Carl Lee Defensive Back of the Year award in 2022.
Nate Lhotsky, who already has six career touchdown catches on a mind-boggling nine receptions, will become the school’s all-time leader in touchdown catches.
Aidan Sparks and Cam Hess will be as good as any defensive end combo in the state. 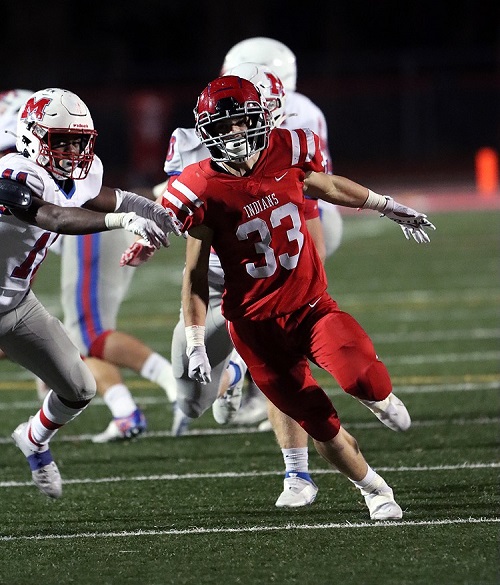 Although Jordan and Isiah West will be tough to replace, the majority of the offensive line, including Kamar Summer coming back from a late-season injury, will be experienced and a team strength right from Day 1.
Speaking of being tough to replace, Cole and Reppert leave behind more than 3,000 of those 4,999 yards and 39 touchdowns, yet there will be plenty of options to pick up the load. Phil Reed could be somebody to keep an eye on. He’s been the team’s blocking back for two years and he could see an increased amount of carries.
If Reed switches spots in the single-wing attack, he will be a 1,000-yard rusher. If he doesn’t, he will continue to pave the way for somebody else.
Finally, the Indians will be right back to where we are used to seeing them come postseason time, practicing on Thanksgiving and proving everybody wrong who thinks this is a team that can’t contend for a state title in Class AAA.
Editor's Note: Photos by Joe LaRocca.