BHS Football Team Ahead of Schedule on Day 1 of Practice

The 2022 high school football season for Bridgeport High School began on Monday with the first day of practice.
The Indians, who had between 45 and 50 players out for Day 1 got off to a strong start which was made possible after a successful three-week period in late June as well as the team taking advantage of flex practice days leading up to start of August.
“We are further ahead than where we have ever been because of the extra flex days,” BHS coach Tyler Phares said. “We were happy to concentrate on some things that we don’t normally get to concentrate on. 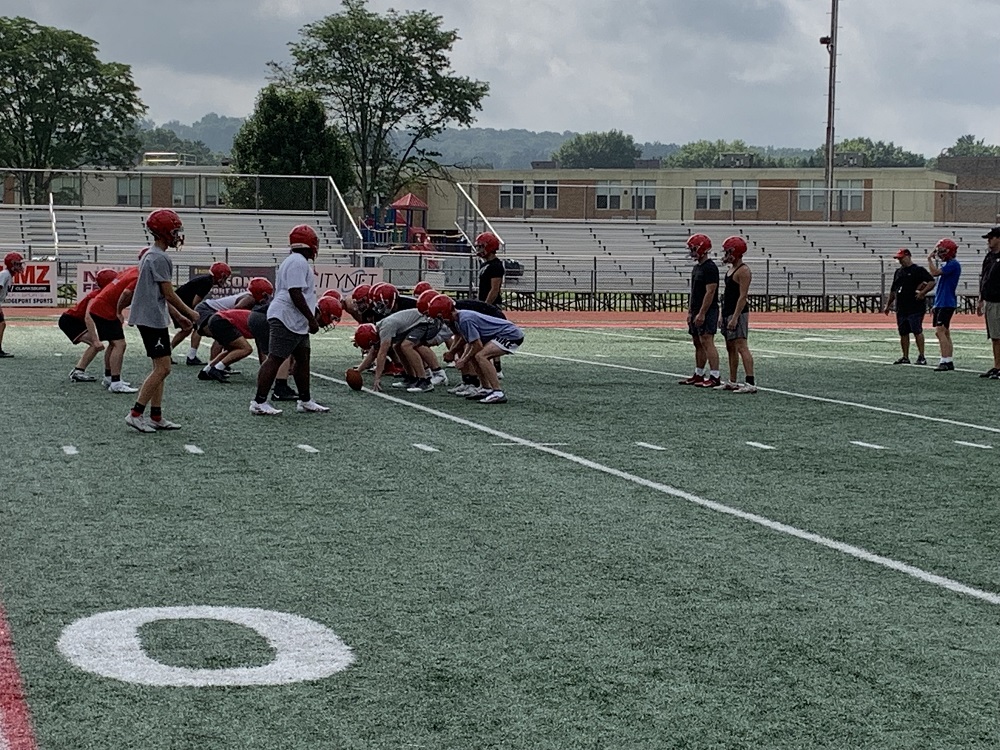 “We really hammered the install process, worked on defense, a lot of things in previous years we were not able to do.”
BHS even closed out its first practice by touching on special teams, which is uncommon for any team on Day 1.
“I’m happy with the turnout,” Phares said. “The conditioning level of the kids was great. They came out today and busted their butts, they sprinted, they worked hard. They came into camp in great shape and that’s big.”
The Indians will be able to put shoulder pads on Wednesday. They can have light contact on Friday and Saturday is the first day they will practice at full steam in regard to hitting.
As of now, BHS has just one scrimmage scheduled, which is on Aug. 13 at Parkersburg. A home scrimmage against Keyser was originally planned but Keyser pulled out and the Indians have not been able to find a replacement.
The regular season starts on Aug. 26 with a home game against Buckhannon-Upshur.