The Fifth Annual Bridgeport Indians Football Camp will not be taking place this year, according to Travis Jones.
Jones, the “Voice of the Indians” who helps organize the annual event, said that doing it in a manner as has been accustomed would not be feasible due to the COVID-19 pandemic. Due to the Coronavirus, the guidelines hamper the status of how the camp would operate. 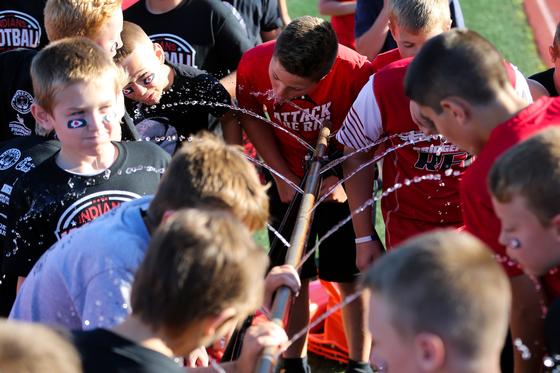 “We just felt that given the current environment, particularly with the WVSSAC laying out rules and regulations with no more than 10 in a group, that it would have been difficult,” said Jones. “It’s particularly difficult with the age groups at the game and with the way the camp is executed.”
Jones said all involved were disappointed in having to reach the decision. The event has become more popular each year with last year the event seeing more than 100 youngsters participate.
The camp draws primarily students from the Bridgeport feeder schools and youth football. Jones said a few more from outside the area have also become part of the annual event.
“As we discussed this, it kept coming back to it not being as 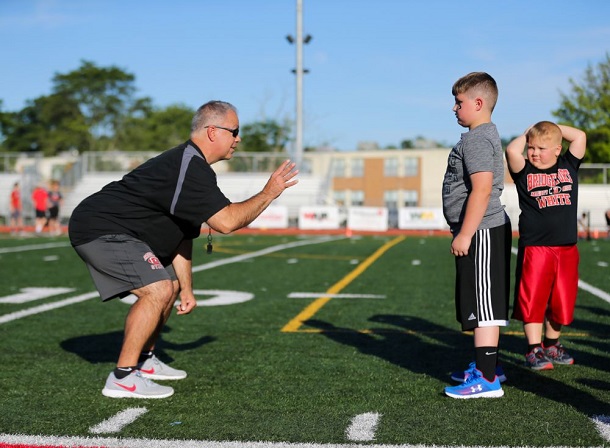 effective under the guidelines and regulations that were in place when we had to make a decision,” said Jones. “We’ll take it of this summer and bring it back in 2021.”
Jones said he is aware people will criticize the decision, but that the end goal of the camp is for the kids to have fun and enjoy themselves. By having the camp under the guidelines at the time the decision was recently made, it would have not been likely.
“At 10 apiece in groups, it’s not impossible to do. At the same time, you’re dealing with age groups that are always having physical contact, playing around, and having fun at these camps,” said Jones. “You’re doing drills and you have to stop after each camper hits a pad and clean it down, and you simply can’t do it right. That’s just one example.”
Editor's Note: Photos from last year's camp by Ben Queen Photography.