Getting to Know Ryan Hall; Question and Answer Session with Standout Football Player

What’s your favorite movie?
Red Dawn (the 2012 version).
Who is the best high school athlete you have competed against?
Two years ago when we played Spring Valley, Wyatt Milum and Corbin Page. They were both really good. 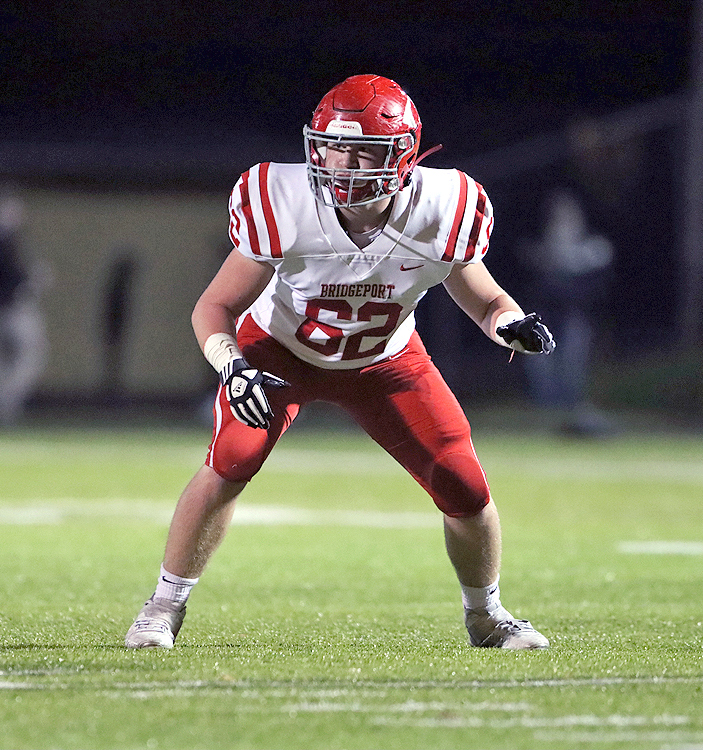 Favorite subject in school?
Math.
Any pregame superstitions or rituals?
I don’t really listen to much music. I like to get taped up and just get in the right frame of mind.
What game of your career sticks out the most?
That’s a hard question because I have a very bad memory with games. Whenever I go back and watch film, I don’t remember them so watching them on film is like watching them for the first time. I would say my best game it was before I switched to the line last year, against Fairmont Senior. I ran the ball, I know Coach Phares put me at tailback for some really hard yards to get. I think I scored two touchdowns that game.
Can you describe Coach Tyler Phares in one word?
Passionate.
Celebrity Crush?
She’s older now but she’s still very, very attractive. I would say Jennifer Lopez 100 percent.
Who’s the funniest player on the BHS football team?
Mario Galindo. I knew of these questions and I was thinking of some of them before and my mind went straight to him. He always makes me laugh. He always puts a smile on people’s faces.
If they would let you have a walk-up song, what’s playing?
I didn’t even choose my own walk-up song for baseball because I just don’t listen to music a whole lot. Whenever I was in pee wee and we had Saturday morning practices. Toward the end of the year it was always cold and my Dad would roll the windows down and play AC/DC, Metallica. That got me fired up a lot.
Where’s one place in the world you have never been to that you would like to visit?
I think Dubai would be cool to visit. 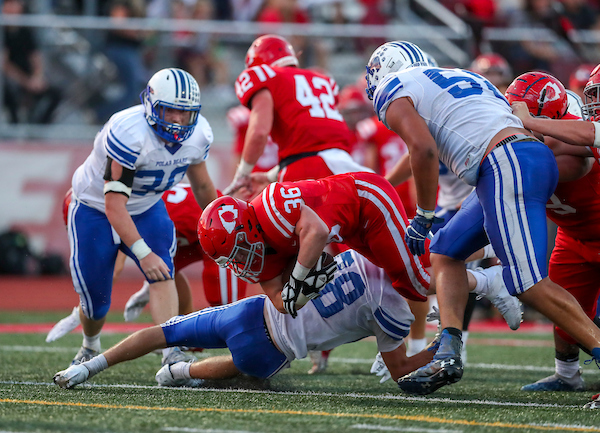 It’s that time of year where there are a lot of cookouts. What is one thing necessary to make it a good cookout?
There’s two things that stick out. Some really good baked beans and some really good coleslaw. And a lot of people mess up the coleslaw.
Favorite meal?
I’d say probably chicken fettucine alfredo.
What’s more exciting making a big play on defense or a big play on offense?
I’d say defense. I’ve scored touchdowns before and those are exciting but I remember specifically playing Byrd when I was a sophomore and they were about to score and I sacked their quarterback, Xavier Lopez, and that was awesome. A big play on defense not only fires you up, it fires everybody up.
Favorite pro or college athlete?
T.J. Watt (Pittsburgh Steelers linebacker), he’s solid.
Favorite pro or college team?
Pro, the Steelers and college, West Virginia.
What’s one thing it seems like everybody you know likes but you can’t stand?
Fantasy football. That seems crazy because a lot of people really get into it. Last year was the first year that I have actually did it. I didn’t know how to log into the app. I made the team and gave them the $20 to get into the league and I literally never even attempted it again and just deleted the app.
The best thing on TV right now is?
Blacklist.
What’s your go-to concession stand order?
A pepperoni roll with the nacho cheese and jalapenos.
What’s the coolest thing you have done this summer that doesn’t involve sports?
Went to Chicago with my younger brother and my older sister without our parents. Our friend lives there and we got to go visit and stay at her house. It was fun. We took the train into downtown on the second day we got there and walked around, went on Michigan Avenue, looked at the shops, ate at some good restaurants. 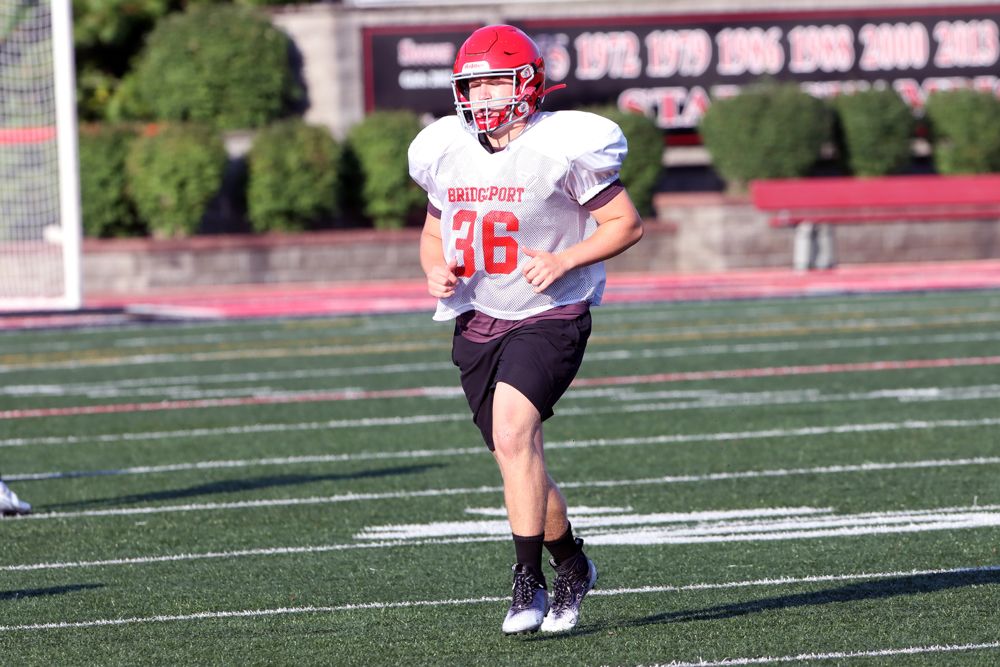 You wake up tomorrow as a superhero. What is your power?
I can fly. Even though I’m afraid of heights I could get around to places. I think once you realize you can fly you wouldn’t be afraid of falling and dying.
What is the most important thing being an athlete at BHS has taught you?
Hard work really does pay off. We won the state championship my freshman year. We didn’t really play but we contributed on the scout team. Putting in that work in practice. If you are the type of player that goes to practice and doesn’t want to be on the scout team and doesn’t like to get hit and don’t want to take reps out there, you are never going to get better, you are never going to climb that ladder to a starting position.
I think that was really important for me whenever I was younger.
There’s a young kid in the community just getting into football what advice do you give him or her?
You probably are not going to have fun some of the time but stick with it because it will mean everything to you. Always work hard and give 100 percent effort all the time.
Editor's Note: Photos of Hall courtesy of Joe LaRocca.