Sweat & Smiles: Acting the Way You Want to Feel and the Potential for Something Magical to Happen

When it comes to coaching tips and even in my own personal development I come from the school of “throw everything you’ve got at it”. Living with and through this theory has given me the opportunity to build an arsenal of tips and exercises (both literally and figuratively).
People learn through different techniques so it always helps to keep it diverse. There are a few techniques that I used to keep in my back 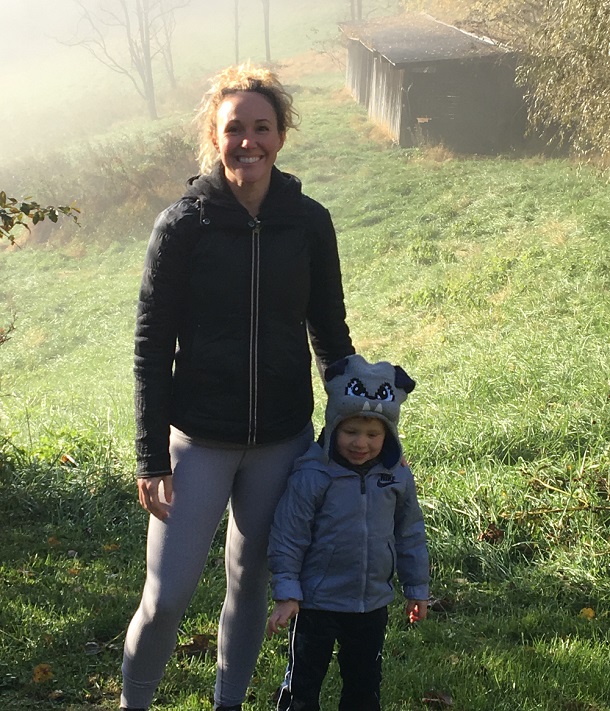 pocket somewhat out of fear that people would take it the wrong way and somewhat because I myself didn’t fully understand it.
Someone that has suffered with thyroid issues was asking what she should do for energy; she already takes supplements, eats well and drinks lots of water. My suggestion: act the way you want to feel. Sounds crazy, maybe even a little offensive, right?
My greatest fear in sharing this technique was people feeling as though I were diminishing their problems or feelings. This fear came from my lack of understanding around the concept of “acting the way you want to feel”.
Admittedly, the first time I read about this in Gretchen Rubin’s book "The Happiness Project," I reacted the same way many of you may have: “I can’t fake it”. I thought if I am mad, I’m not going to pretend to be happy and if I’m frustrated you’re going to know about it. The more I’ve learned about the concept the more I know it’s not about being “fake”. In fact, it’s quite real. The best analogy I can attribute to it is: what came first the chicken or the egg? Do I keep feeling this way because I keep acting this way or do I keep acting this way because I’m feeling this way?
I also studied Tony Robbins' The Breakthrough System and he also believes this concept to be true. In fact, one of the first things I learned about our feelings was the relationship to our physiology.
Quite literally he connects a lot of our feelings with our posture. Think of it this way: when something negative happens or some of your negative feelings start to surface what is the pattern you start following? For me, I start by staying in bed a little longer than usual (which puts me behind), putting on what I consider to be “comfy” clothes (roughly translated “crappy” clothes), my shoulders are usually slouched and my inner voice usually sounds a lot more like nagging. All of this is simply fueling the negative feeling fire.
Now when those negative feelings start to surface I take a step back and remind myself to act the way I want to feel. Sometimes this means asking myself how I want to react to something negative or an uncomfortable situation and sometimes it simply means putting on nice clothes when I’m not really feeling it. Once I start acting the way I want to feel something magical happens and I forget that I didn’t actually start out feeling that way.
Give it a try, what’s the worst that can happen?
Sweat & Smiles,
Melissa