Sweat & Smiles: Want to feel Better? Talk to Yourself

I had a great conversation some time ago and the best part of it was sparked by a lie. A woman messaged me on Facebook and shared that she was suffering with Type 2 diabetes, thyroid issues, high blood pressure and other struggles that many people are facing. She also shared that she knew if she would lose weight and live healthier that she could help heal many, if not all, of her struggles. Then she explained that the problem is she doesn't like to move and asked if I could help.
I wanted to help so we scheduled a call. We chatted about how common her struggles were, when they started, how she felt about them and then got talking about her history. Here's where it gets really good: She said that she used to walk after work every day and she loved it. To 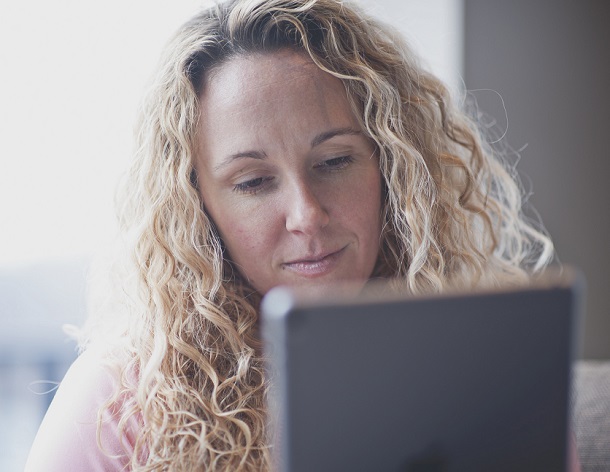 which I responded: "I thought you didn't like to move?"
We both got a great laugh, talked a little more and then she said something so profound it has come to my attention every day since. She said, "I guess I need to talk to myself more." I think we all do.
I don't believe that anybody doesn't like to work out. Our bodies were designed to move and that movement is one of our deepest primal instincts ... you can't just override that because you "don't like it." I've found that commonly people don't want to work out because of what the believe it entails, that they're going to have to run, jump or suffer. What people fail to realize is there are always more than two options, we just aren't being creative or active with our thoughts so we get stuck in the all or nothing, yes or no, black or white.
In my own experience I also haven't been a fan of starting over and not being good at something, but that doesn't mean I don't like to do it, right?!
We run on autopilot so often that while we are able to recognize problems, we don't get creative or active enough with our own brains that we miss the simple solutions. We miss the truth. I realized that even in my own life there were things that I knew I needed to do, things that I knew would be good for me, and that I would be glad I did afterwards but I still avoided doing them. So I started an open discussion with myself.
It turns out that money, work, time, my son or any other reasons I had told myself weren't true. I was lying. I learned that often I didn't do things because some part of me didn't believe I deserved it; unconsciously I felt that I didn't deserve to spend the money, time or energy on myself and worse yet, I didn't deserve all the good things that would follow. I know that's not true, but I needed to have that talk with myself to work through it instead of burying it under little white lies.
I'm happy to report that the woman I spoke with has started walking again and is taking steps to living healthier each day. She and I both learned a great lesson that day and we both unlocked the key to our inner conflicts and in turn unleashed massive potential that we had in us all the while. I believe there is potential in you that just needs to be unlocked and unleashed.
Is there a conversation you need to have with yourself?
Think of that thing you've been putting off, you know, the one you have wanted to do for weeks, months or even years and then write it down. Now, write down at least 10 reasons you've been giving yourself as to why you haven't started (or kept going). It's time to talk to your best resource. Go over each of those reasons openly and honestly and talk yourself through it. You just may find you've been lying to yourself this whole time.
Sweat & Smiles,
Melissa